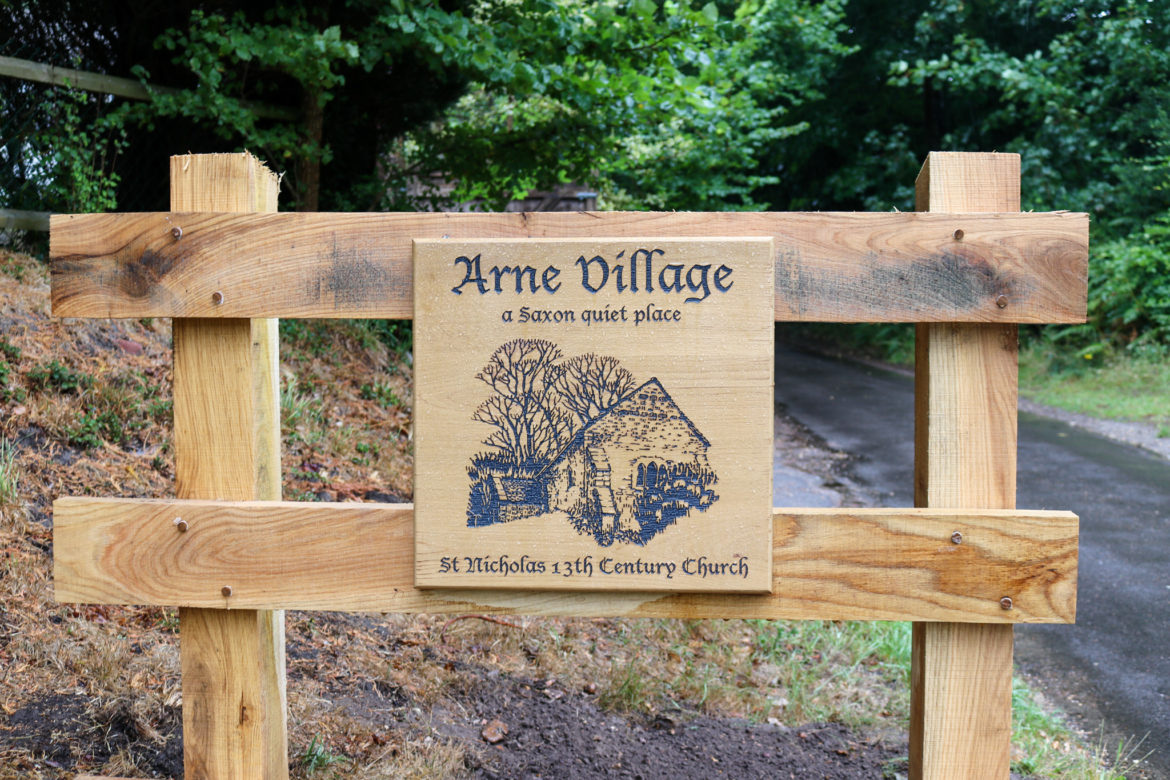 Lying quietly between its larger and more well-known neighbours of Wareham, famous for its Saxon heritage, and the Arne Nature Reserve – a 565-hectare expanse of wood and heathland maintained by the RSPB, sits the hamlet of Arne.

The Parish of Arne comprises Arne itself, the villages of Ridge and Stoborough, and the areas of Furzebrook Road and Worgret.

Parish Council meetings are held in the nearby Stoborough village hall every third Thursday of the month at 7pm.

The village hall in Stoborough also holds a variety of regular groups and activities for residents of the parish of Arne and Purbeck, including art groups, belly dancing and a toddler group.

You can’t miss this pretty church in its quiet, rural location as you wander down the main road in Arne.

Believed to have been built in around the year 1200, the church has a capacity of 60 people and is still used for services as part of the wider family of Wareham churches and typically holds two services a month.

From the steps near the entrance you can see across the nature reserve to Poole Harbour. 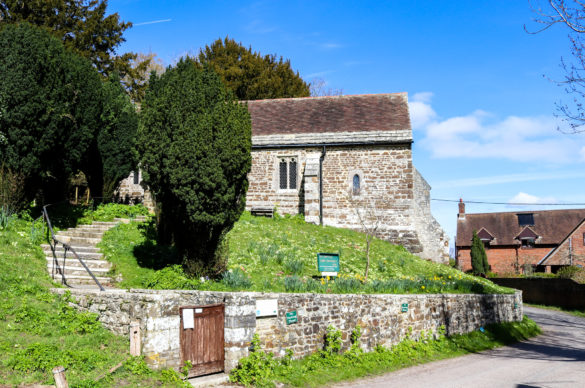 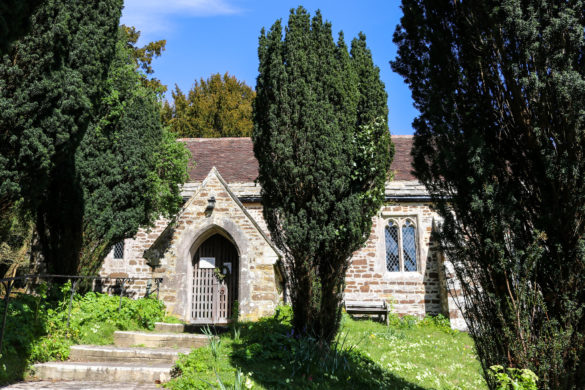 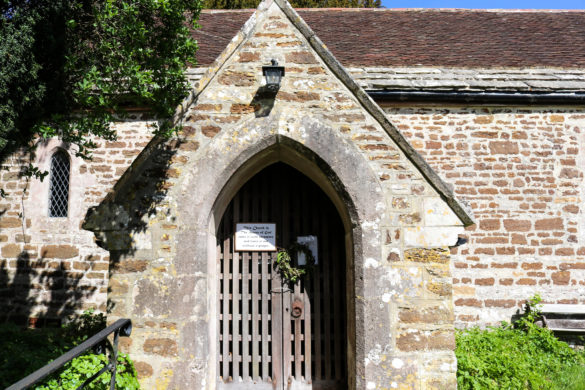 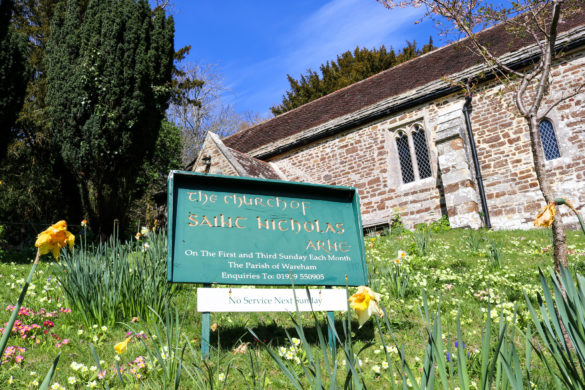 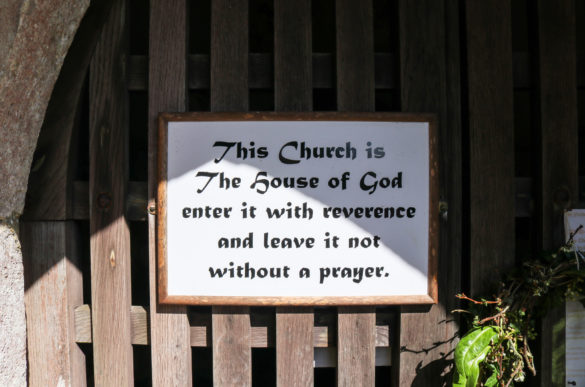 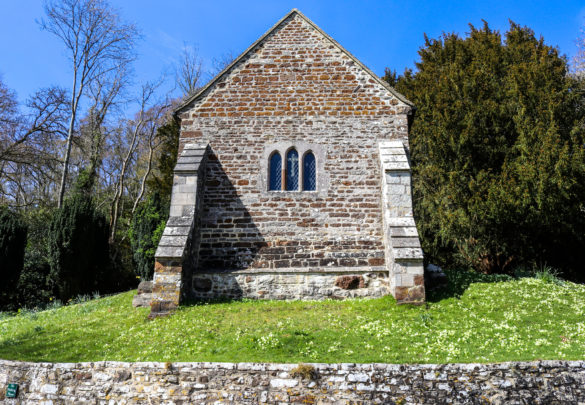 For a small place, Arne in fact has quite a big, yet little-known, history.

As with much of the Isle of Purbeck, there is evidence of human settlement in Arne dating back to the Bronze Age, with burial mounds having been discovered nearby. 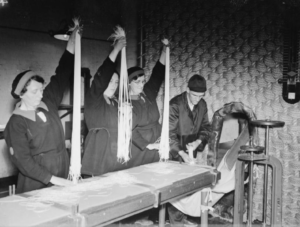 During the First World War, an explosives factory was built at nearby Holton Heath for the production of cordite for the Royal Navy. Interestingly, the process involved using large amounts of acetone by way of fermenting grain, however due to a grain shortage at the time, the starch from horse chestnuts was used as an alternative and local schoolchildren were tasked by the Ministry of Munitions to help collect them.

Holton Heath was chosen as a location for the factory due to its relative isolation in case of accidental explosion. There were in fact three such fatal disasters at the factory, between 1927 and 1931, the worst being in the June of 1931 when ten people were killed and 19 injured. It was reported that the explosion could be heard some 20 miles away. Houses as far as a mile from the site were damaged and outdoor workers were knocked to the ground by the blast wave. 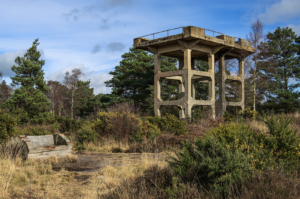 The factory was used again during WW2 for making fun propellants, but it was also now earmarked as a potential target for German bombers.

In order to protect the factory, ‘Starfish’ decoys were set up around nearby Arne village and peninsula, which was right under the flight path to Holton Heath, complete with guards and fake factory emissions. It had the desired effect. In 1942, Arne was mistaken for the cordite factory, and the village and its surrounding area were badly bombed. It was reported that the area was devastated by the subsequent fire that burned for weeks.

It is believed there are some 200 bomb craters around Arne – a village which had essentially been sacrificed in order to leave the factory in Holton Heath unscathed. 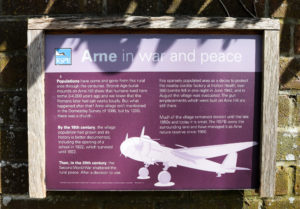 Historical information board on a wall in the hamlet

The plan in terms of the war effort was a success – the enemy believed they had been successful in destroying their target, the Royal Naval Cordite factory. However, the action inevitably forced residents to leave their homes, much like with the more well-known local story of the village of Tyneham.

Arne was evacuated, with residents given only a month to leave their homes behind. It wasn’t until the late 1950s that the village began to recover. The church was restored following damage, and a few people now live in the village, which remains small and which has echoes of the ‘Saxon quiet place’ that the village’s welcome sign describes it as as you walk around. 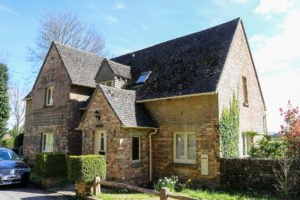 Arne was then left untouched and in a derelict state for several years.

However, there is now a small, but thriving community living in this hamlet, enjoying the peaceful countryside that is now teeming with wildlife in its surrounding area of the RSPB Arne Nature Reserve. The habitats here support all six British reptiles and the RPSB team holds regular events to encourage people into nature.

The church of St Nicholas at Arne also still holds services, and the old school house, which due to lack of numbers had a short-lived life as a school between 1832 and 1922), is now a holiday cottage. 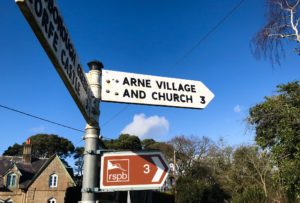 The village of Arne is somewhat secluded and the entrance road is only accessible to vehicles of residents or RSPB staff.

However, if you’d like to have a stroll around the village and check out St Nicholas’ Church, you can park in the nature reserve car park and walk up.