Whether or not you’re taking a trip on a Swanage Railway steam train, Corfe Castle Railway Station itself is well worth a visit, for its vintage charm and picture-postcard photo opportunities.

Once almost demolished, the original 1885 station building has now been restored to its former glory and is a timeless feature of both Corfe Castle village and Swanage Railway.

Arriving into Corfe by steam train is also the way to travel in style from Swanage, or from the park-and-ride at Norden, for a day out exploring Corfe Castle itself, and is guaranteed to make your visit truly historic.

Step back in time at Corfe Castle station

Meet the volunteers dressed in traditional station attire and see inside the 1950s Station Master’s office and lounge area.

A porter can show you around and introduce you to the station’s historic features, as well as give you handy travel information. 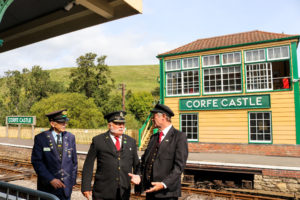 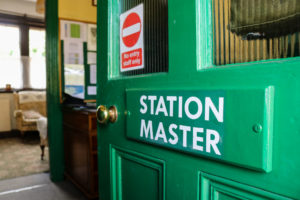 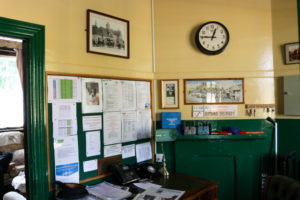 There are vintage newspapers and other paraphernalia adorning the office 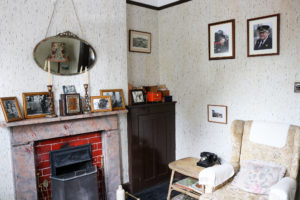 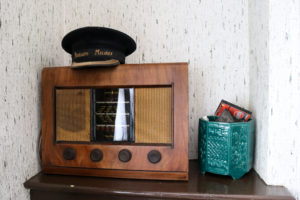 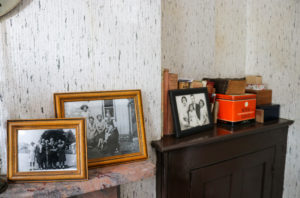 Photographs of faces past connected with the railway evoke its past

The fully restored Ladies’ waiting room evokes a time gone by and is complete with period paraphernalia throughout. 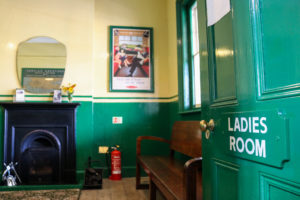 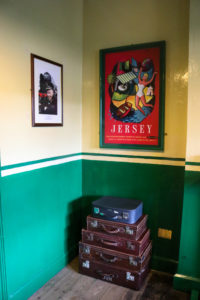 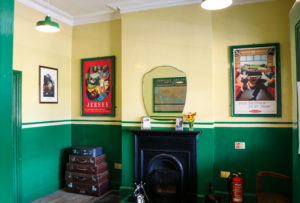 Volunteers for the Swanage Railway worked for thirty years to save and rebuild the branch after it was forced to close and began to be demolished in the 1970s – which you can learn all about at the exhibition housed here at Corfe Castle Station’s Goods Shed. 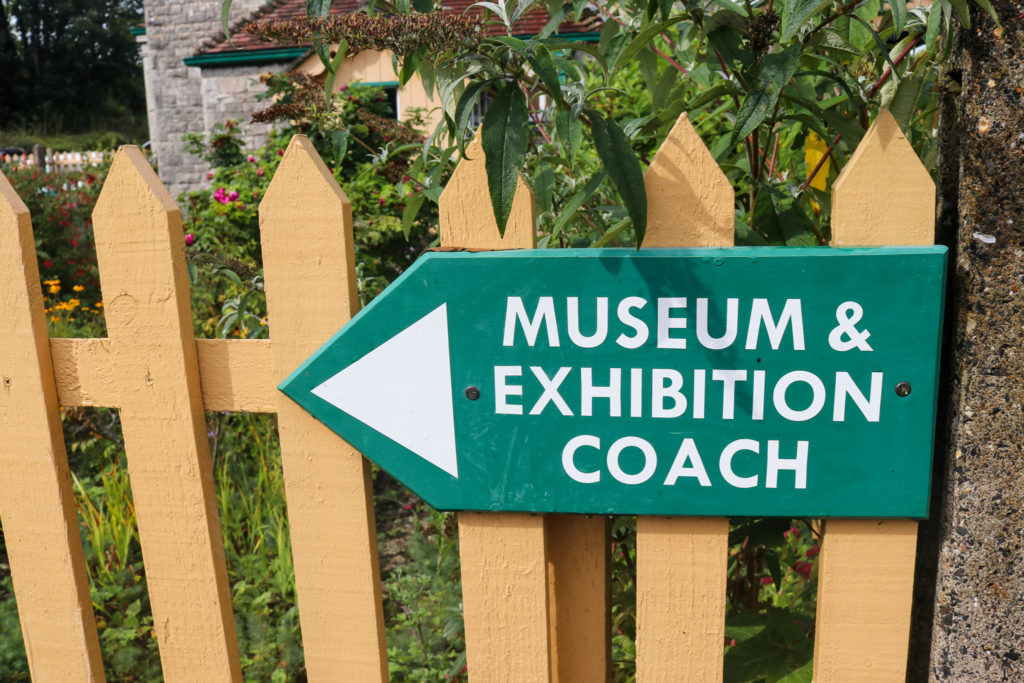 Follow the story of the railway through its information boards, along with items from the past, including period uniforms and the personal belongings of past station and railway staff. 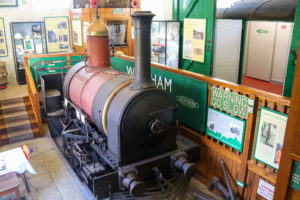 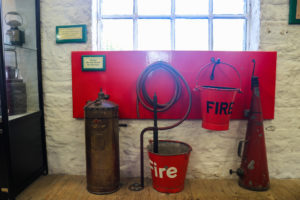 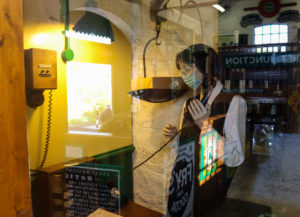 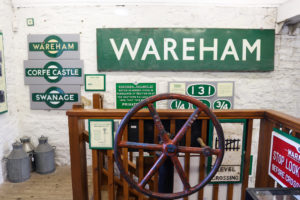 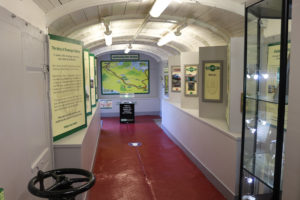 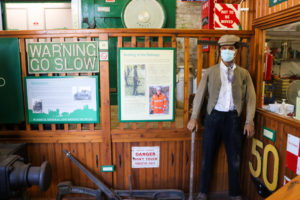 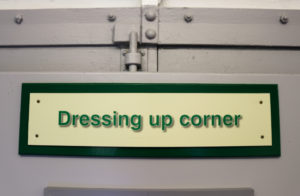 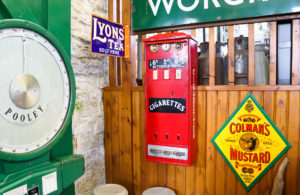 Sit in a vintage flap-down seat and let the archive films transport you back in time.

Check out the book and magazine section and take a souvenir home with you.

If the trains are running, the museum is open. 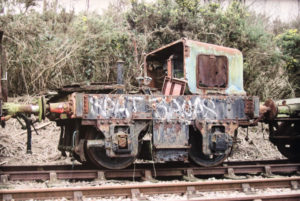 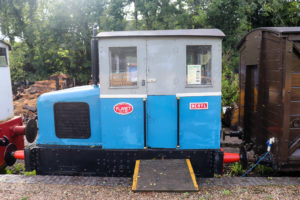 Built in 1937 by FC Hibberd, it’s believed this little loco is made up of reclaimed ex-WWI military stock.

Beryl helped lay the first tracks on the railway and was fully restored in 2016.

Now happily retired, she can be viewed at Corfe Castle Station, along with various other vintage locos. 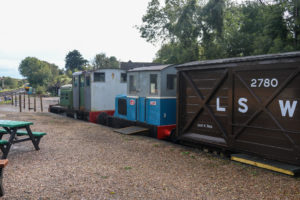 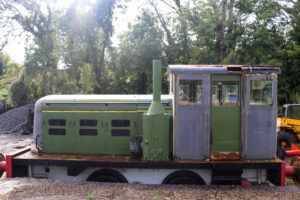 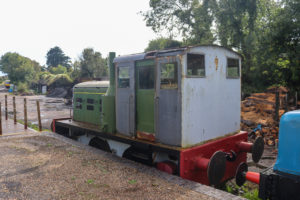 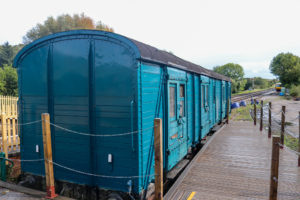 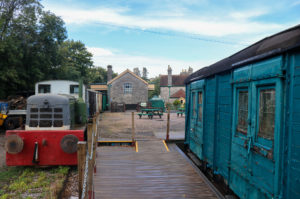 Don’t forget to check out the plaque awarded to Swanage Railway volunteers for their work on securing the installation of the footbridge at Corfe Castle Station.

Made in 1896 for the London, Brighton and South Coast Railway, the bridge was moved to Dorset, fully renovated and altered to fit over the tracks at Corfe. 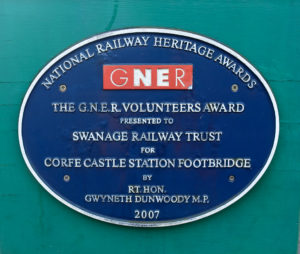 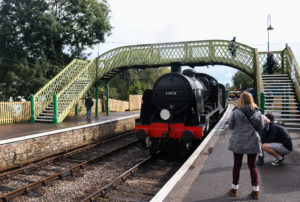 The Victorian footbridge was originally installed at Merton Park in London

Swanage Railway relies on volunteers to keep on the right track. 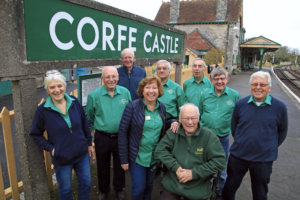 If your visit has inspired you to get involved, the friendly team is always looking for new recruits (you don’t need any experience and any training can be given).

Get in touch with the volunteering team by email or phone:

You can also help out specifically at the Corfe Castle Railway Station Museum:

The webcam at Corfe Castle Station gives a clear image of the platform and live-streams footage of trains coming and going.

You can take a look here: maybach.railcam.co.uk/Corfe_14435/embed.html 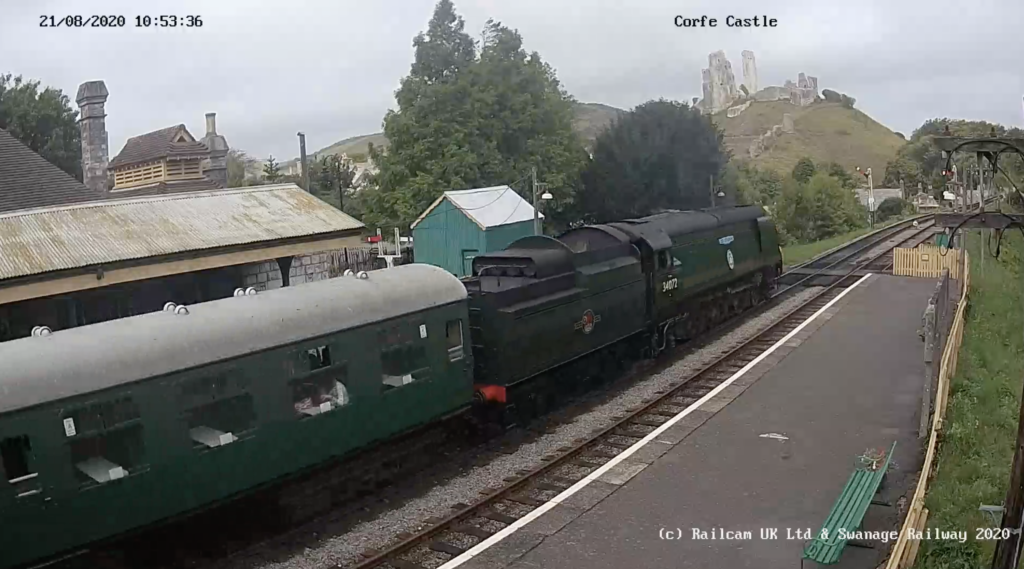 How to get to Corfe Castle railway station

The village shop is a great place to stop before your journey to stock up on picnic essentials – as is the Village bakery and the sweet shop. 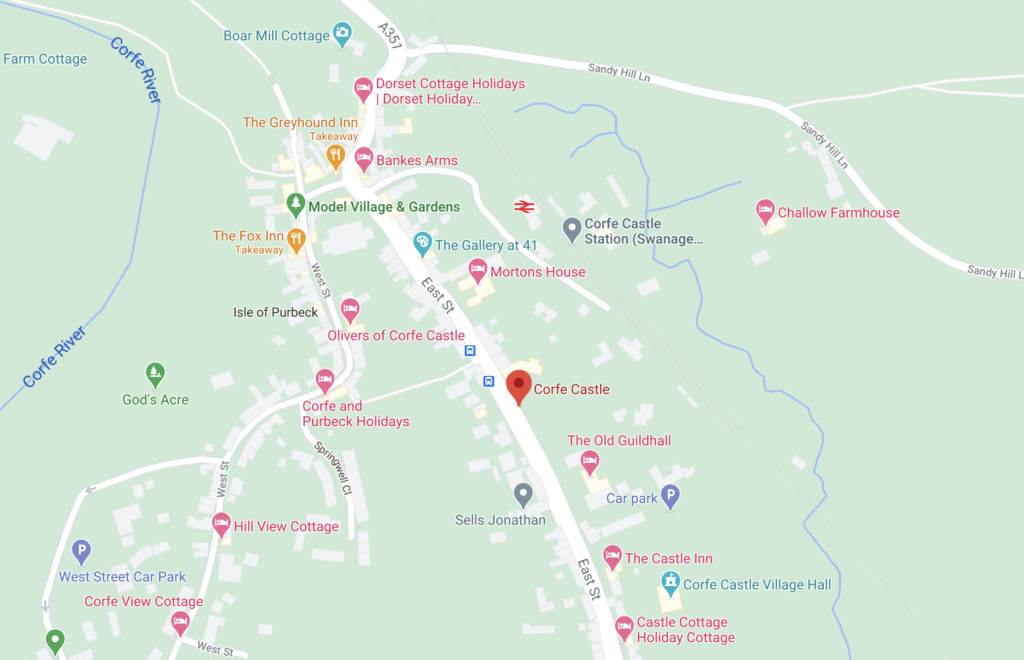