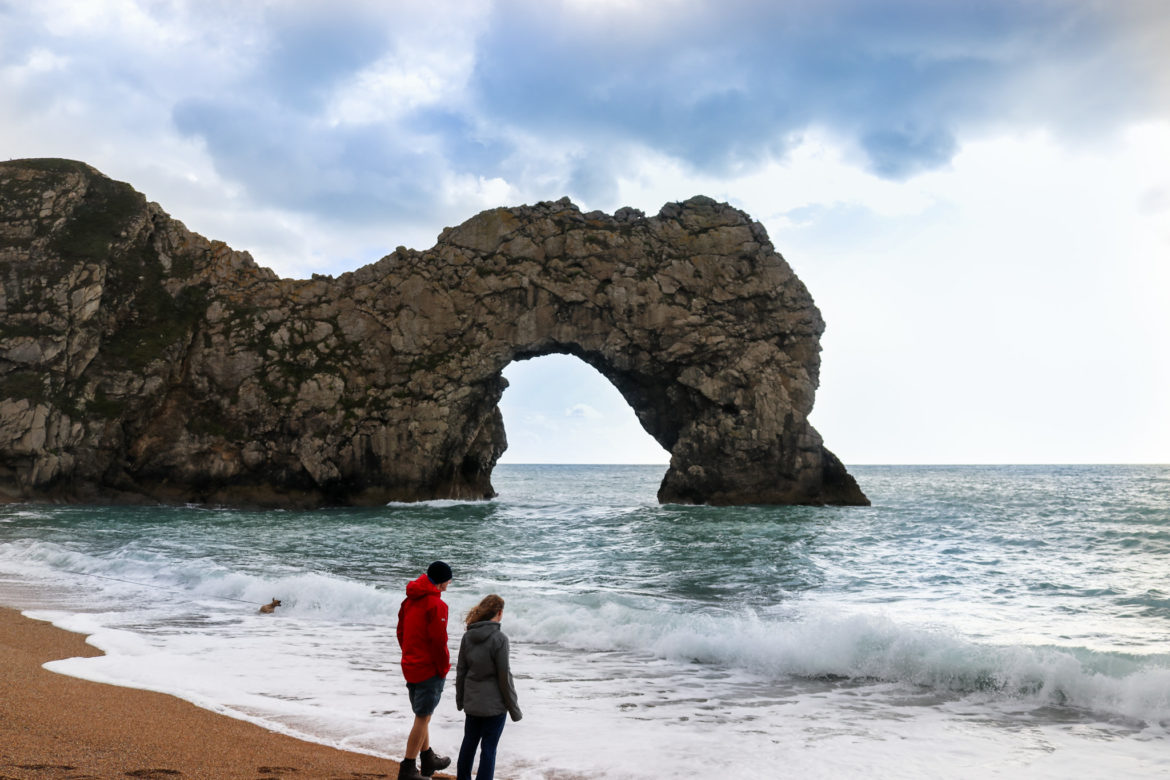 Durdle Door Holiday Park is set in an incredible location on Dorset’s Jurassic Coast. Just a stone’s throw from Durdle Door itself, and a short drive or walk to the picturesque Lulworth Cove, it’s a great place to base yourself for a holiday in Purbeck. 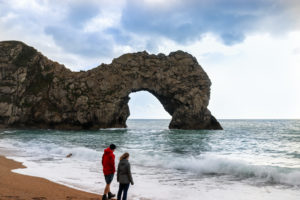 Popular with walkers wishing to explore the South West Coast Path, the sandy beaches of Swanage and Studland are also only around a 20 minute drive from Durdle Door (the beaches here and at Lulworth are shingle and pebbly).

Being part of the Lulworth Estate, you’ll also have easy access to the intriguing Lulworth Castle and its grounds, and the pretty villages of East and West Lulworth. You’ll also be near various outdoor activity centres, such as Lulworth Outdoors, which offers activities such as kayaking, mountain biking and coasteering, and Lulworth Equestrian Centre, offering lessons and hacking.

Durdle Door Holiday Park, which won a Silver award in the 2020 Dorset Tourism Awards, has a range of touring and camping pitches:

The camping and touring season runs for eight months, until the end of October.

🐾 Durdle Door Holiday Parks pitches are dog-friendly, at a cost of £3 extra per night (up to two dogs per pitch) 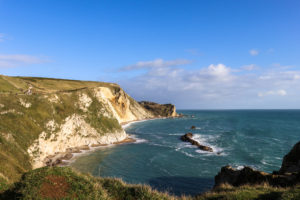 You can make use of the handy laundry service and keep mealtimes easy by eating at the Park’s restaurant, which is named after the nearby Man O’ War Bay – why not grab a takeaway hot drink or specialty pizza to take on a picnic down at the bay? (Note that the restaurant is closed on Tuesdays in off-peak season).

The Man O’ War Bar & Restaurant’s also open to locals and non-resident holidaymakers throughout the year. To get in touch call: 01929 400883.

🐾 Well-behaved dogs are welcome in the bar and restaurant.

Static caravans are open from Spring till 31 October each year, and holiday cottages are open all year round – perfect for a cosy winter getaway.

For further information on accommodation and prices at Durdle Door Holiday Park, check the Park’s website for the full range of options: durdledoor.co.uk/home/accommodation-in-dorset-holiday-homes-glamping-camping/camping-touring-pitches/