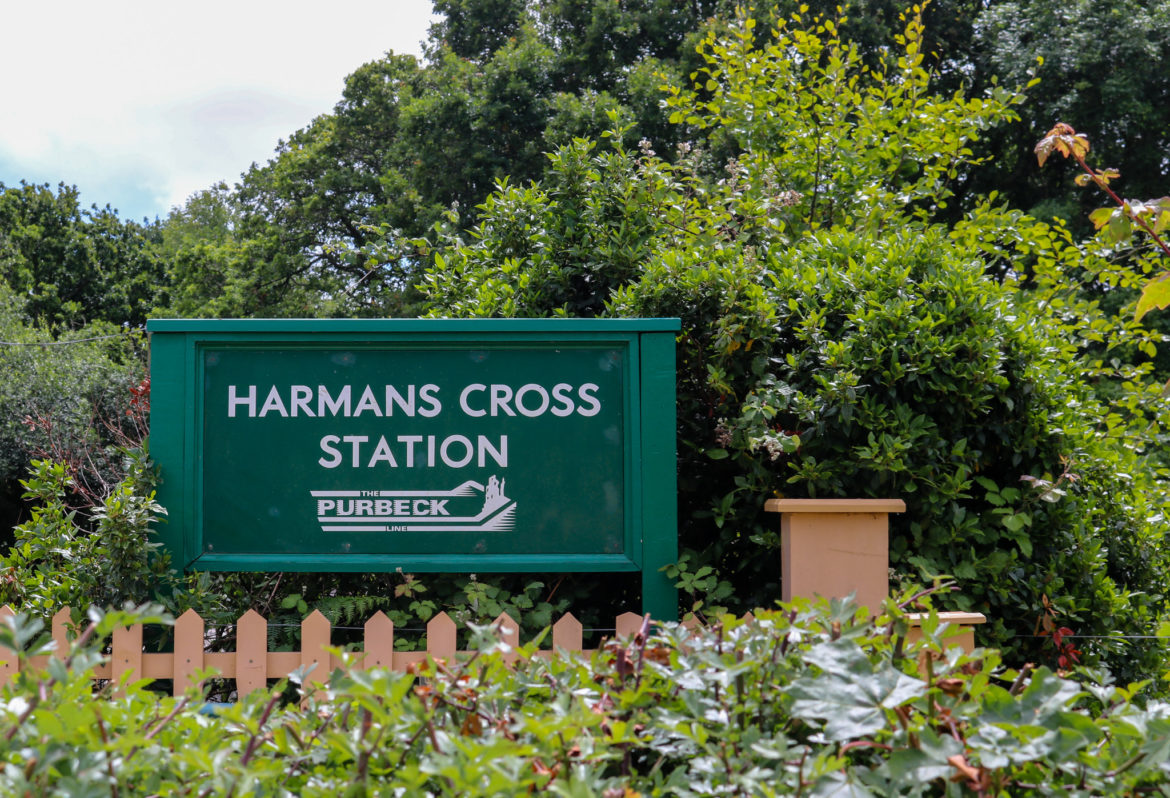 Harman’s Cross Station is one of the stops along the heritage Swanage Railway line, that runs through the Purbeck countryside to and from Swanage and Norden, via Corfe Castle.

Whether you live in the village of Harman’s Cross, or are staying in one of the nearby campsites or holiday cottages, Harman’s Cross train station offers a memorable, vintage experience and handy way to travel to the seaside in Swanage, visit the castle ruin in Corfe, or simply chug through the valley enjoying the scenery.

The Swanage Railway is one of the Isle of Purbeck’s most-loved attractions, and has a colourful history. Having first opened in 1885 the railway line was forced to close in the 1970s, but through much local campaigning and dedication the heritage line was reopened again in the ’80s and is still going strong today.

You can find out more about the intriguing history behind the Swanage Railway at its museum, based at Corfe Castle Station. 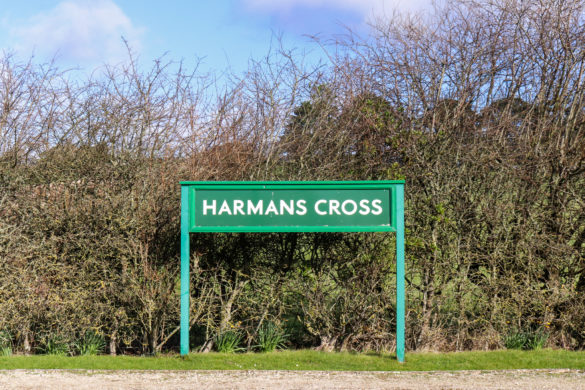 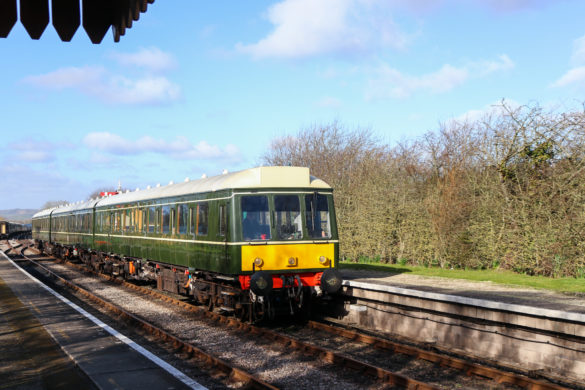 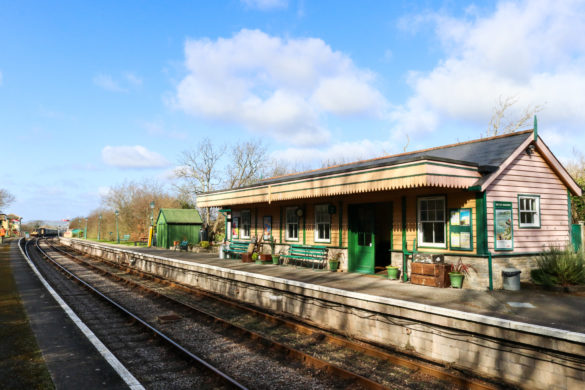 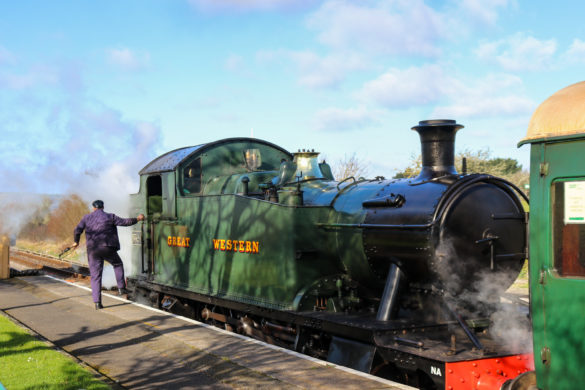 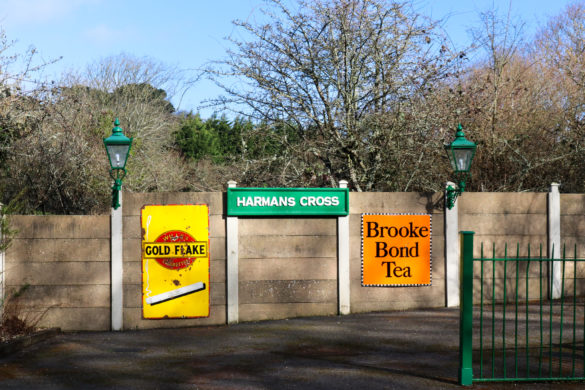 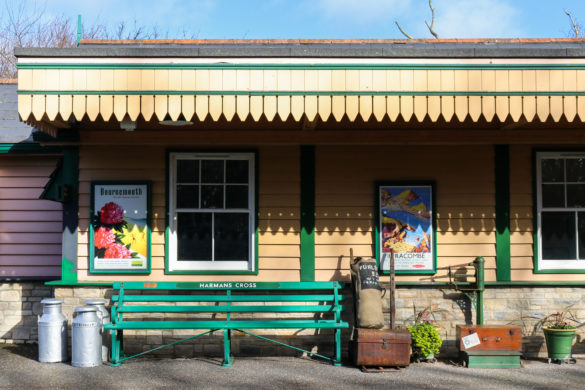 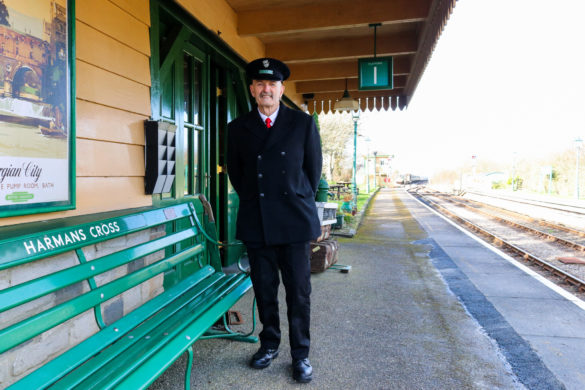 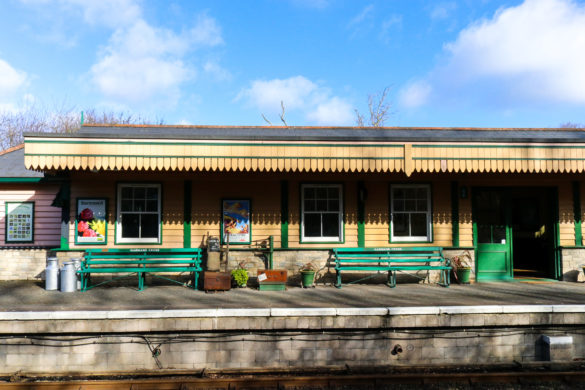 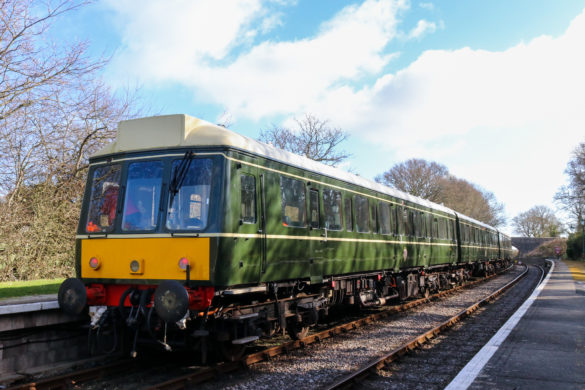 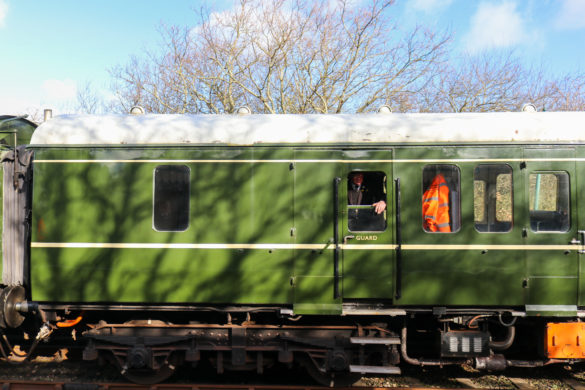 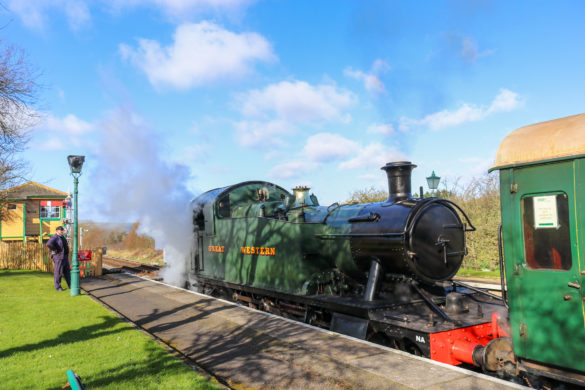 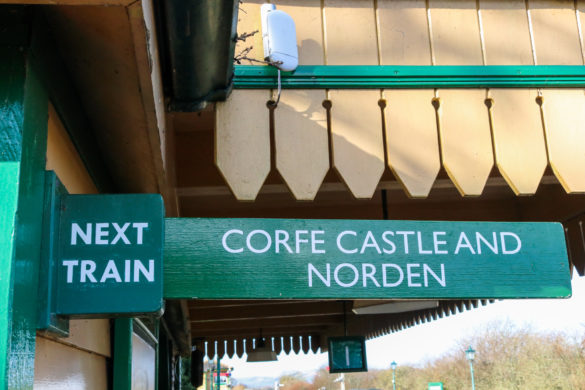 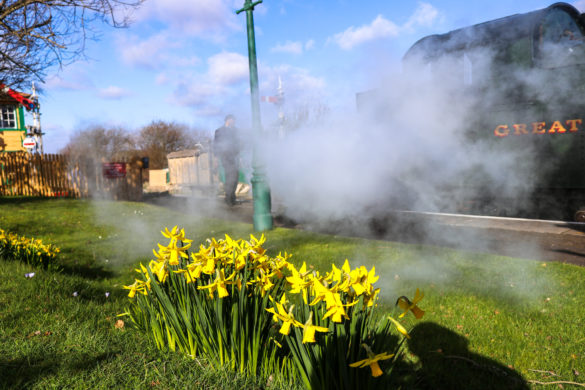 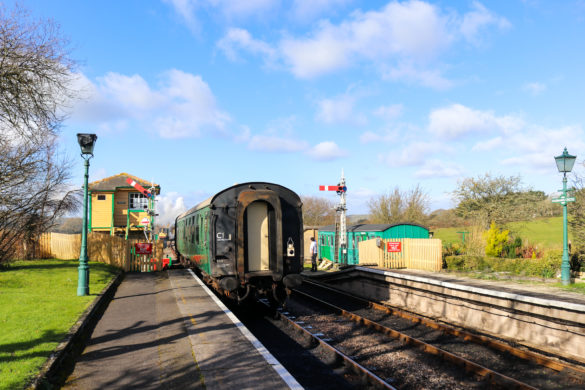 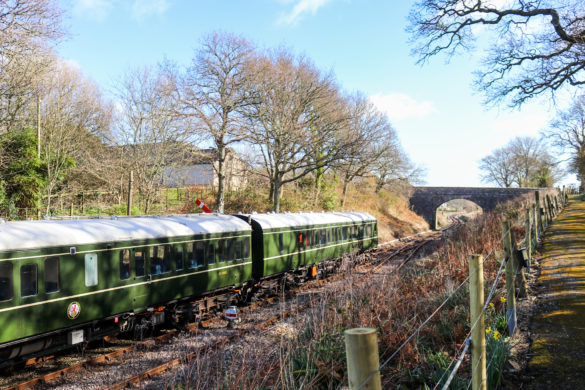 All around you at Harman’s Cross Station are echoes of the past, curated with thoughtful vintage memorabilia, decor and information.

There’s a waiting room, where you can keep warm if you’re catching the train on a chillier day, and where you can explore a selection of nods to Swanage Railway’s rich history. Vintage travel posters and advertisements adorn both platforms, and the period buildings including the signal box have been restored and brought to Harman’s Cross to add to this heritage charm. 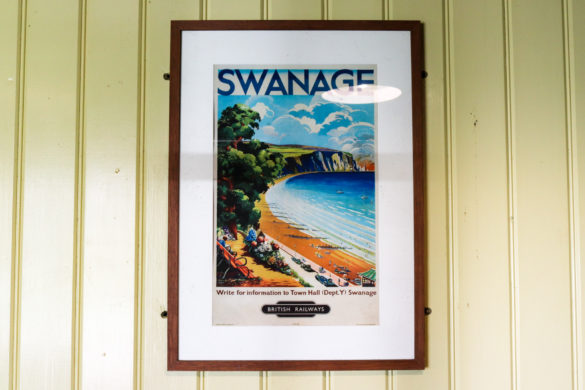 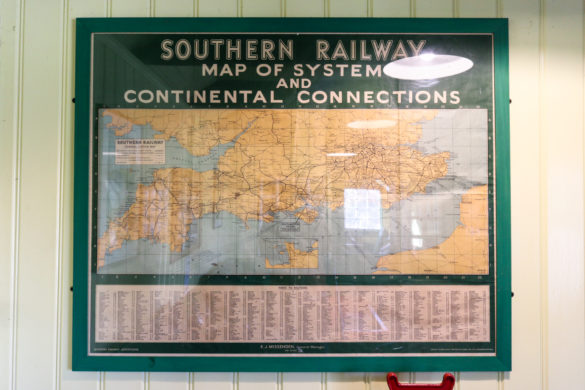 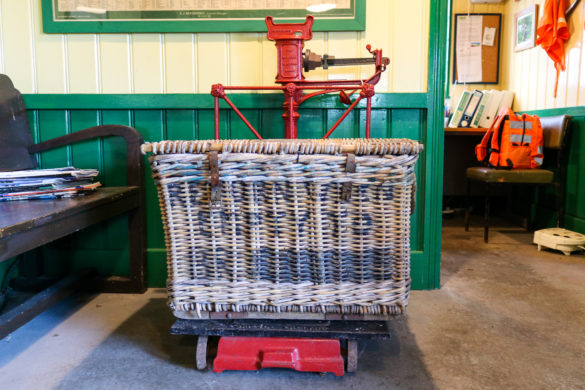 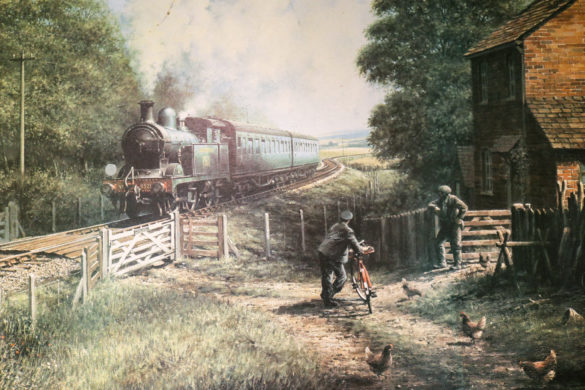 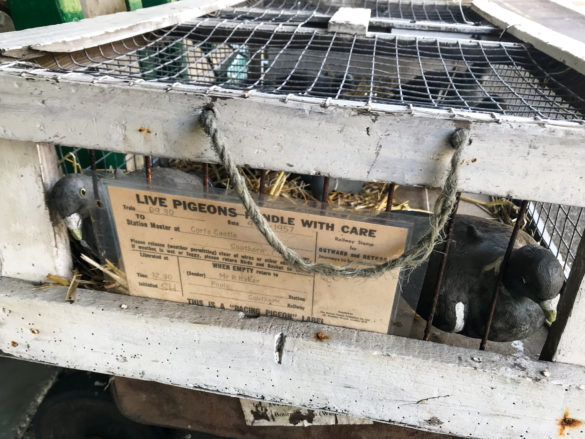 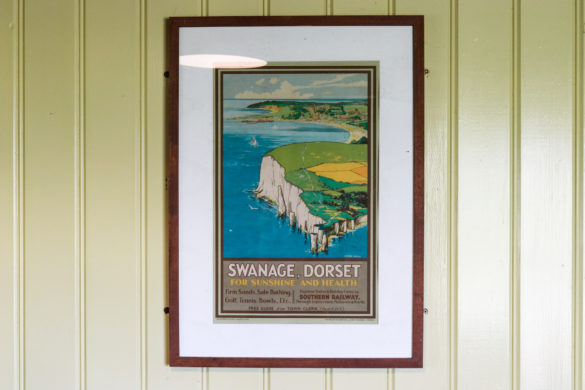 Harman’s Cross station itself was originally a terminus for the Swanage Railway line, having been developed in 1989. Initially it was a simple one-platform affair with a small concrete hut, but it was soon added to, with the addition of a second platform and salvaged period buildings to keep the style in keeping with the rest of the heritage line.

Despite never being part of British Rail, the station was officially opened in March 1989 by the then British Rail southern region’s general manager Gordon Pettit.

After the line was extended to Corfe Castle and Norden, Harman’s Cross became an important spot as it was now a crossing point for trains on the line, with a new signal box and passing loop tracks installed, meaning that the number of trains passing through, for example in the busy summer season, could be more easily increased.

The actual creation of the station here was complex due to the nature of the landscape, which was once filled with tall trees and water-logged Wealden clay. 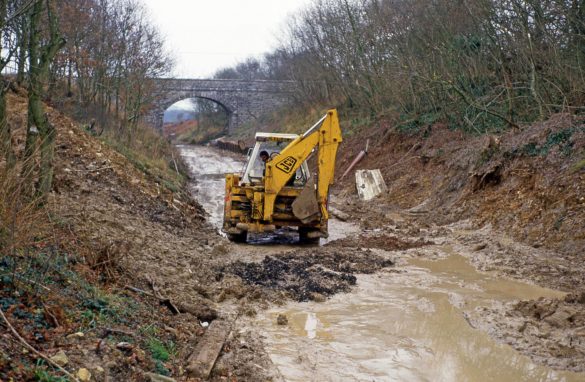 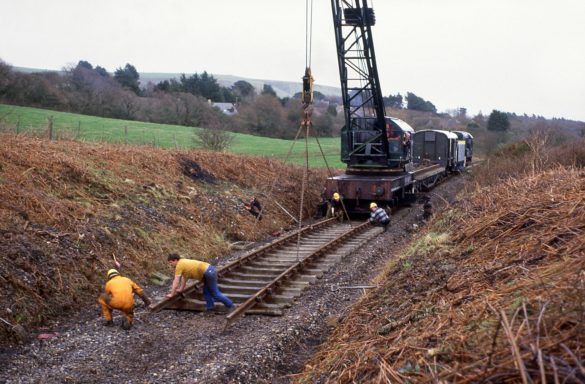 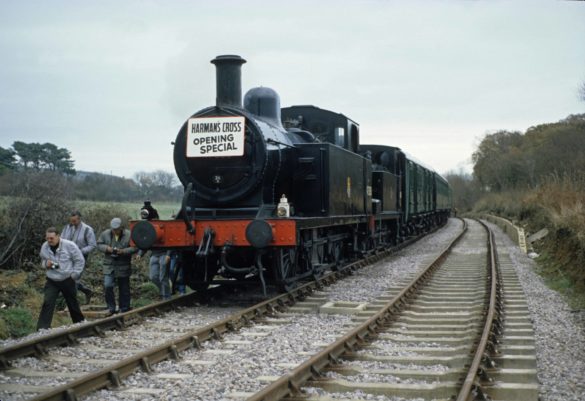 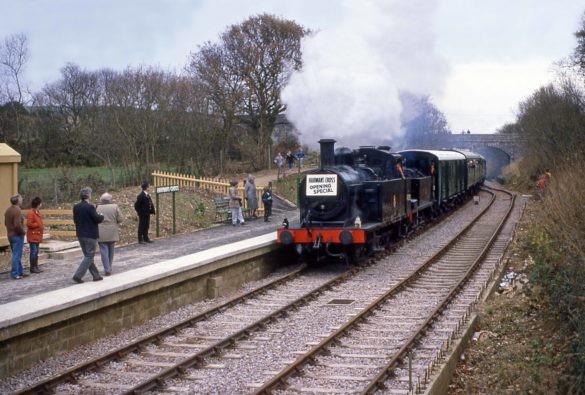 (Historical images provided with thanks by Andrew PM Wright)

Getting off at Harman’s Cross is a great way of getting out into the Purbeck countryside. Walk across quiet tracks up onto the ridgeway or even all the way to the coast at Swanage. 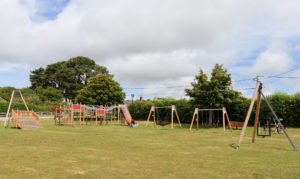 Harman’s Cross itself is a sweet place to stop for a picnic or for the kids to let off steam in the playground adjacent to the station.

There’s also a vibrant village life in Harman’s Cross, centred around the village hall and its field, where special Swanage Railway events are also often held.

The hall hosts a wide range of events and classes, along with regular film nights and live music throughout the year. Visit our Harman’s Cross village page to find out more.

Steam and diesel trains run daily during the months of April – October, and at the weekends and school holidays for the rest of the year, although at certain times such as Christmas there tends to be special services like the spectacular Steam & Lights experience and the ever-popular Diesel Gala & Beer Festival. 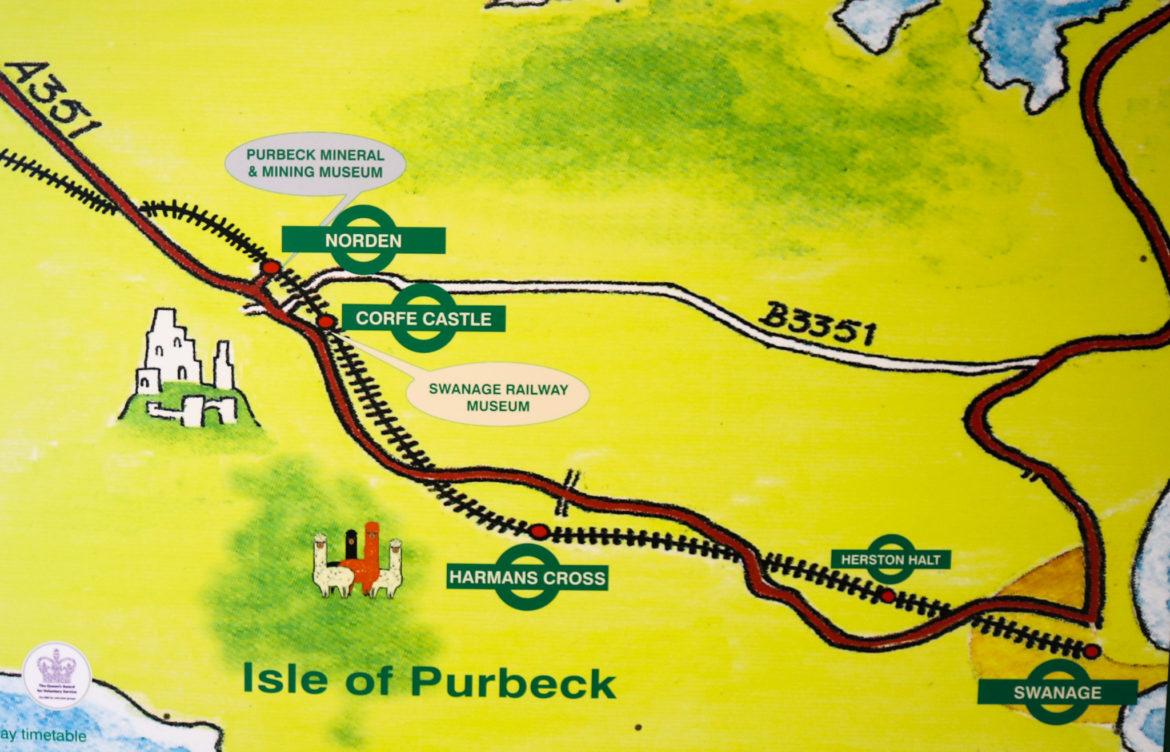 How to get there & parking

Harman’s Cross Railway Station is easy to find as it’s just off the main A351 road to Swanage from Corfe Castle and Wareham. If you’re coming from this direction, simply turn right into Haycraft’s Lane, just before the petrol station and Spar shop.

Most of the campsites in Harman’s Cross, such as Downshay Farm, Quarr, Woodyhyde and of course the Railway Campsite, are within easy walking distance of the station, making for a fun and hassle-free day out at the beach for campers and caravanners, as you can leave the car behind and instead take your buckets and spades on a restored steam or diesel train.

There’s a large car park right by the entrance to the station, which operates an ‘honesty box’ donation system. There are also several bike-park spaces for cyclists. 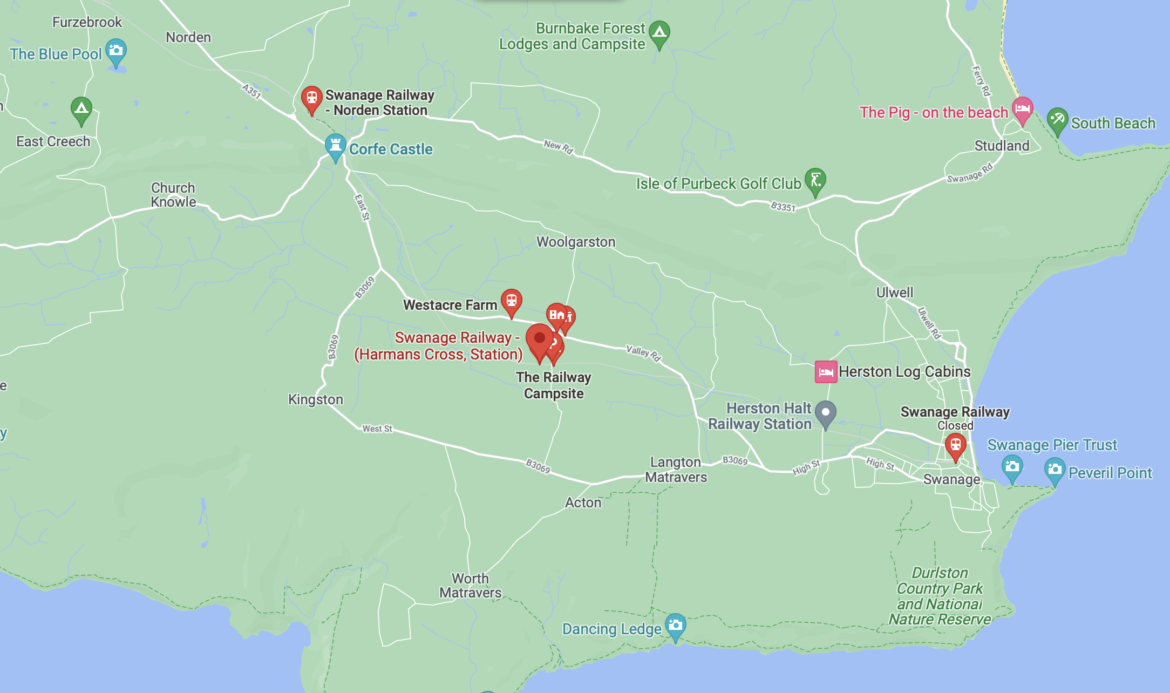