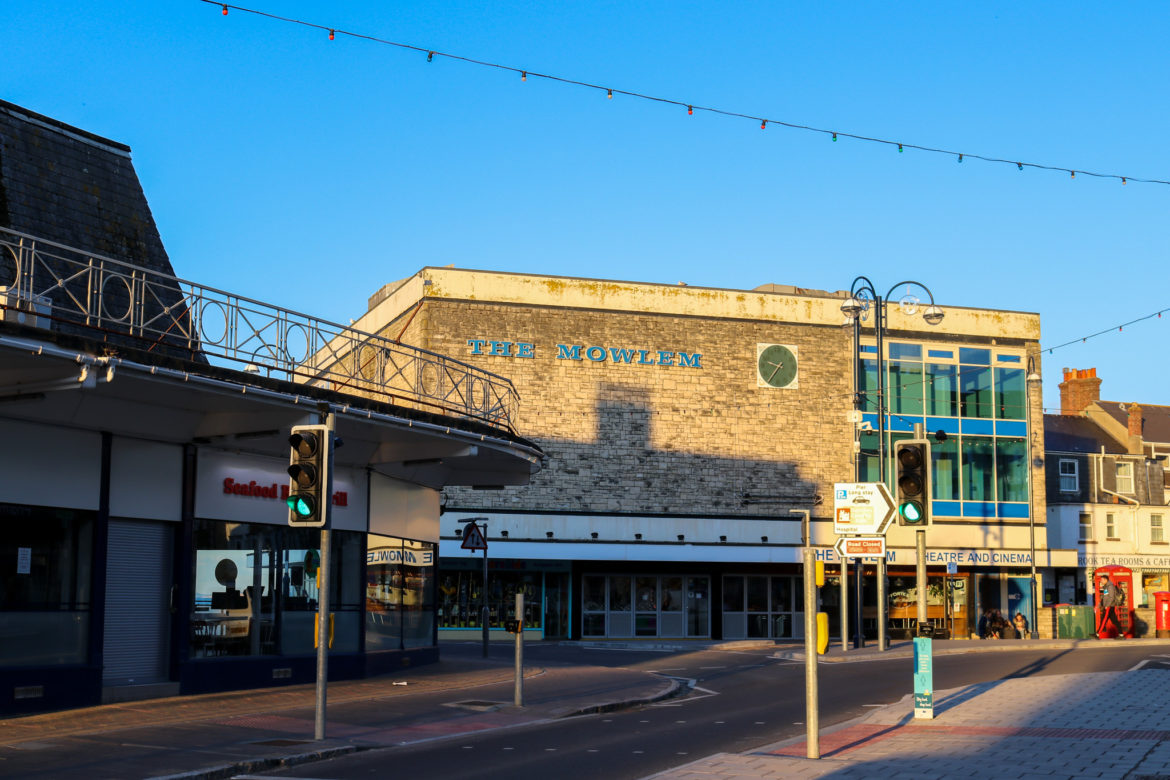 The Mowlem is one of Swanage’s most prominent features – a beachfront cinema, theatre and function rooms right in the heart of town.

There aren’t many places where you can have a drink overlooking a beautiful bay during an interval or after a movie, but Swanage’s Mowlem offers that and more.

With three floors, the multi-purpose building is home to a main stage and cinema screen, with seating for up to 400 people across stalls and a circle. There’s a bar for pre-performance and interval drinks, as well as a multi-purpose function room for hire.

With a visit to The Mowlem you’re right in the hub of town, with all of Swanage’s restaurants and pubs nearby, so you can combine your show or cinema trip with a meal out, followed by a stroll along the beach.

The Mowlem’s bar is open from 6.20pm before a film or performance – you can also pre-order your interval drink here. And you can pick up your freshly-popped popcorn, chocolates or sweets from the tuck shop area at the box office. 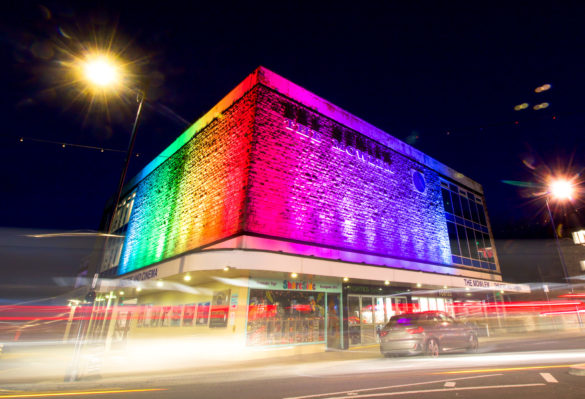 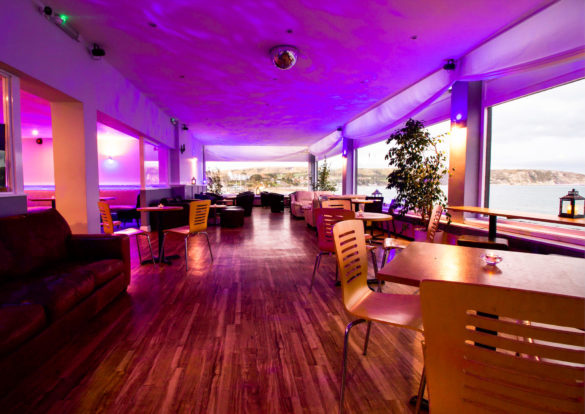 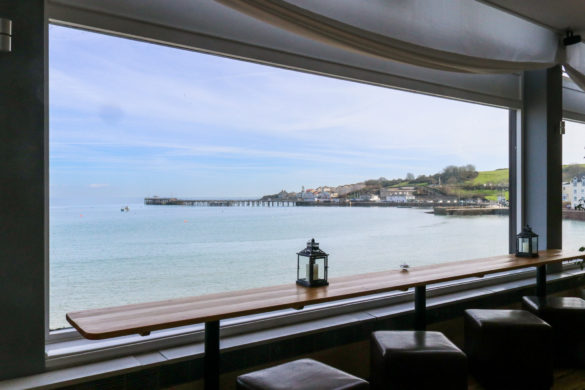 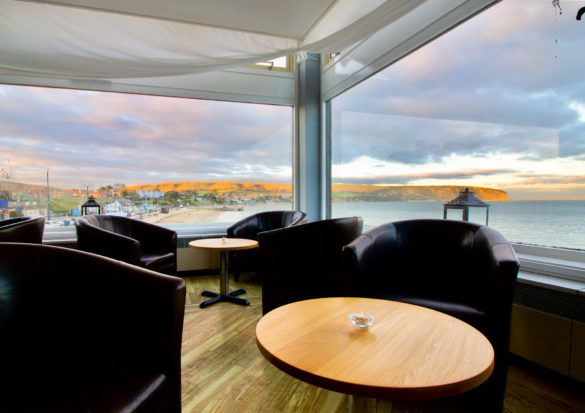 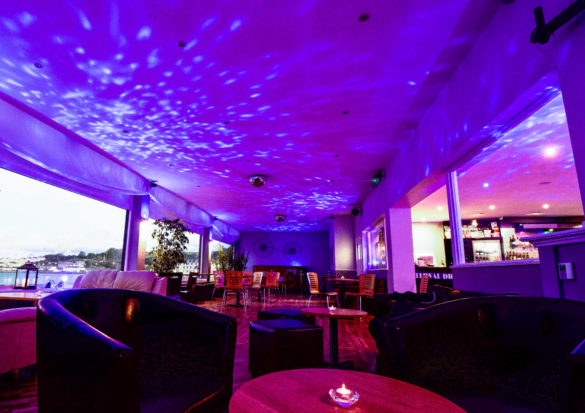 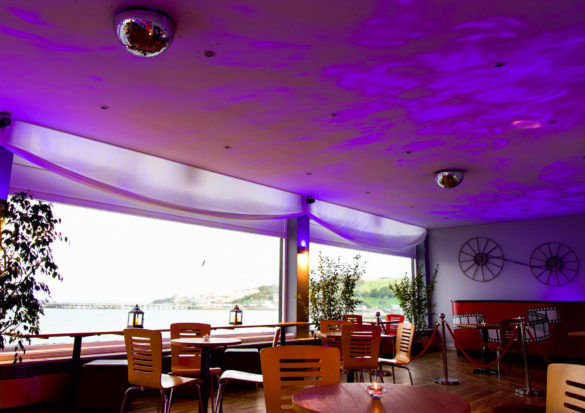 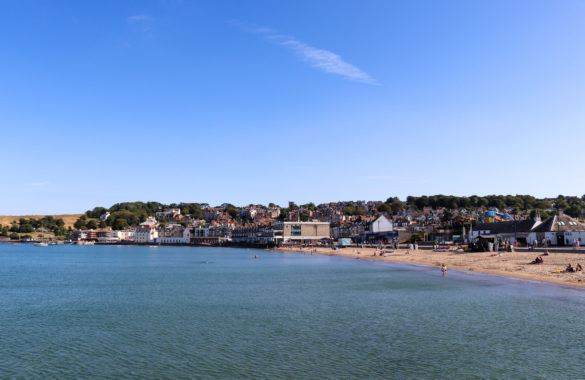 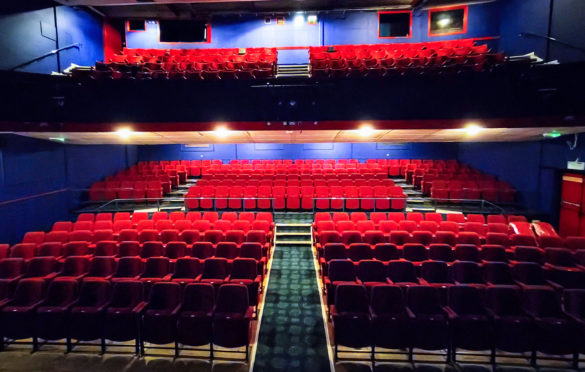 What’s on at The Mowlem & ticket information

With up to 100 live shows and around 200 films being screened each year, there’s always an interesting programme at The Mowlem.

Live performances are a mix of professional productions and local amateur dramatic and school shows.

Find out what’s on now & next by checking The Mowlem’s website or following the theatre’s updates on Facebook:

You can book tickets by popping into the box office, or by phone.

There’s a number of talented and enthusiastic amateur dramatics associations in and around Swanage who bring a vitality to the town with their performances at The Mowlem.

Keep an eye on social media for upcoming performances or get in touch with the individual companies if the thespian inside you wants an outlet – they’re often holding auditions and looking for new members. 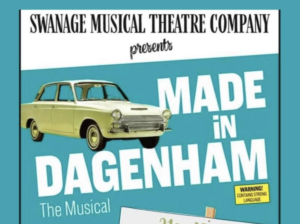 The Swanage Musical Theatre Company has been a dramatic fixture in the town since the 1950s, when it began life as the Swanage Choral & Operatic Society.

The Company is affiliated to the NODA (National Operatic & Dramatic Association) and has won various awards over the years.

The group puts on one big production a year at The Mowlem, and holds weekly rehearsals at the nearby Swanage Bay View Holiday Park once a week.

Previous adult performances by the Swanage MTC include Fiddler on the Roof, Guys & Dolls and Sister Act. Youth performances include popular favourites like Bugsy Malone, Annie and The Railway Children. 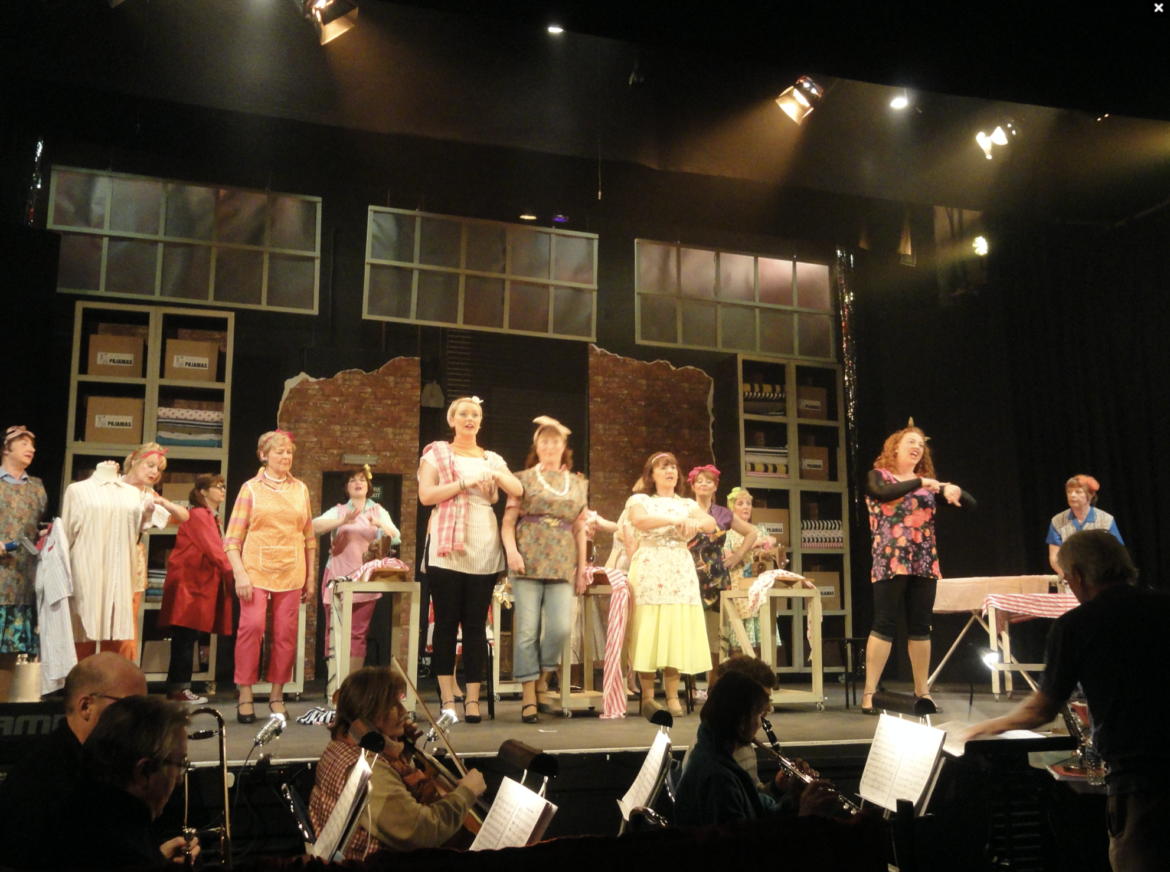 If you’re interested in joining the Swanage Musical Theatre Company, rehearsals for annual productions usually start in September, with rehearsals on a Wednesday evening at 7.30pm.

Call or email Swanage MTC to find out more:

Swanage Drama Company prides itself on delivering the town’s annual pantomimes with gusto, colour and a whole heap of enthusiasm.

The local amateur dramatics group’s primary performance space is at The Mowlem. 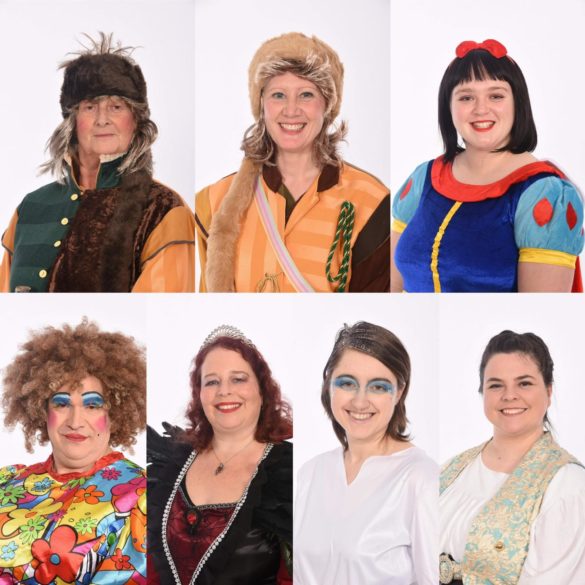 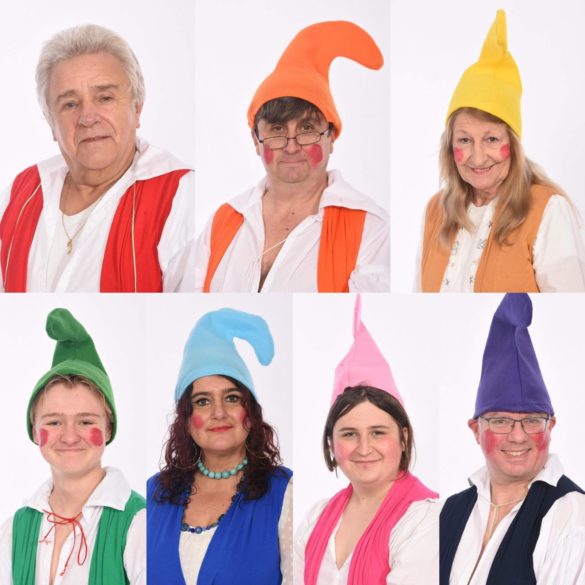 To get involved in the company, follow their Facebook page and keep an eye out for audition dates:

The Ranger School of Dance is a dance and performing arts centre in Swanage for children, young people and adults living in Swanage and its surrounding areas.

Situated in a pretty part of Swanage’s old town, close to the historic mill pond, the dance school began life some 40 years ago offering ballet lessons to a handful of keen children in the local community. Now the thriving school nurtures over 300 girls and boys through their chosen dance journey – disciplines cover ballet, jazz, tap, performing arts and keep-fit classes. The school holds regular recitals and full-scale productions, many of which are held at The Mowlem. Students can progress through their examinations or simply dance for fun.

Keep an eye on The Mowlem’s instagram page to find out when the next Ranger School of Dance production’s on: www.instagram.com/mowlemtheatre

Take a look at some highlights of a past show performed by Ranger’s students:

To enrol your child in ballet classes, or pick up where you left off in your youth at a fun adults’ class, get in touch with the school directly:

The Swanage School is the town’s only secondary school, and its annual show at The Mowlem is not to be missed. If you’re staying in the area on holiday, why not support this enthusiastic and talented bunch by grabbing tickets for a truly local performance. 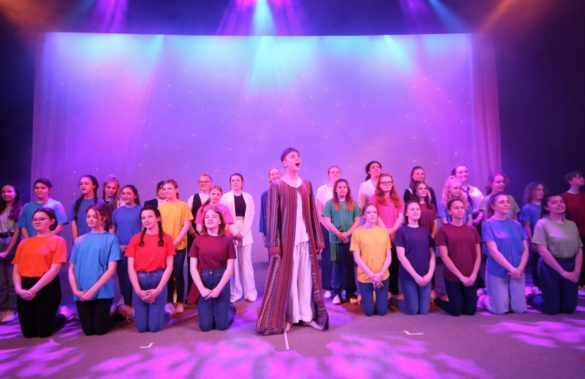 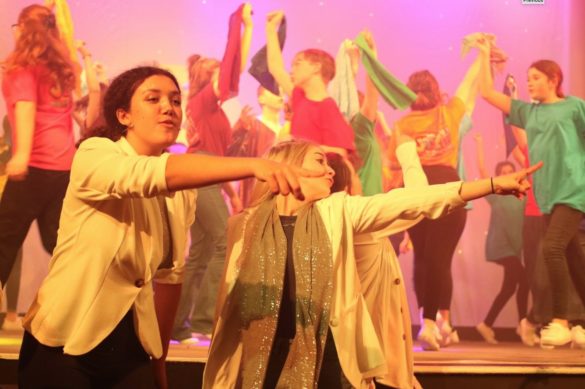 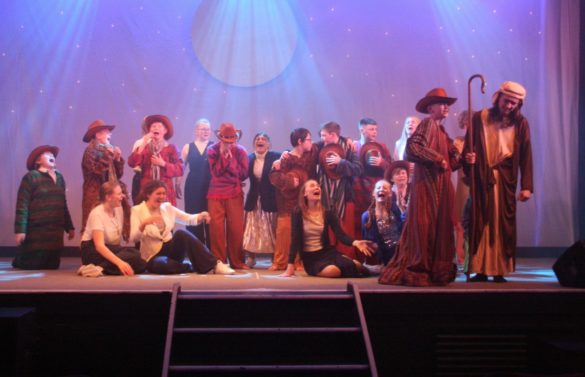 The school’s ambitious drama department nurtures students’ confidence by encouraging acting, singing and dancing skills. There’s also plenty of opportunity for kids to get involved in the all-important behind-the-scenes action.

The Swanage School also takes part in The National Theatre’s Connections programme, which gives schools the chance to perform in leading theatres across the country.

Check in with The Swanage School’s Performing Arts pages for the latest updates and snapshots of past productions: www.theswanageschool.co.uk/performing-arts

There are three function rooms that you can hire for your event at The Mowlem – choose from the theatre itself, or check out the sea-view Community Room, which is increasingly popular with local organisations.

If you’re looking for somewhere to celebrate a special occasion, business conference or community activity, get in touch with the friendly team at The Mowlem to enquire about room or space hire here by calling 01929 422239. 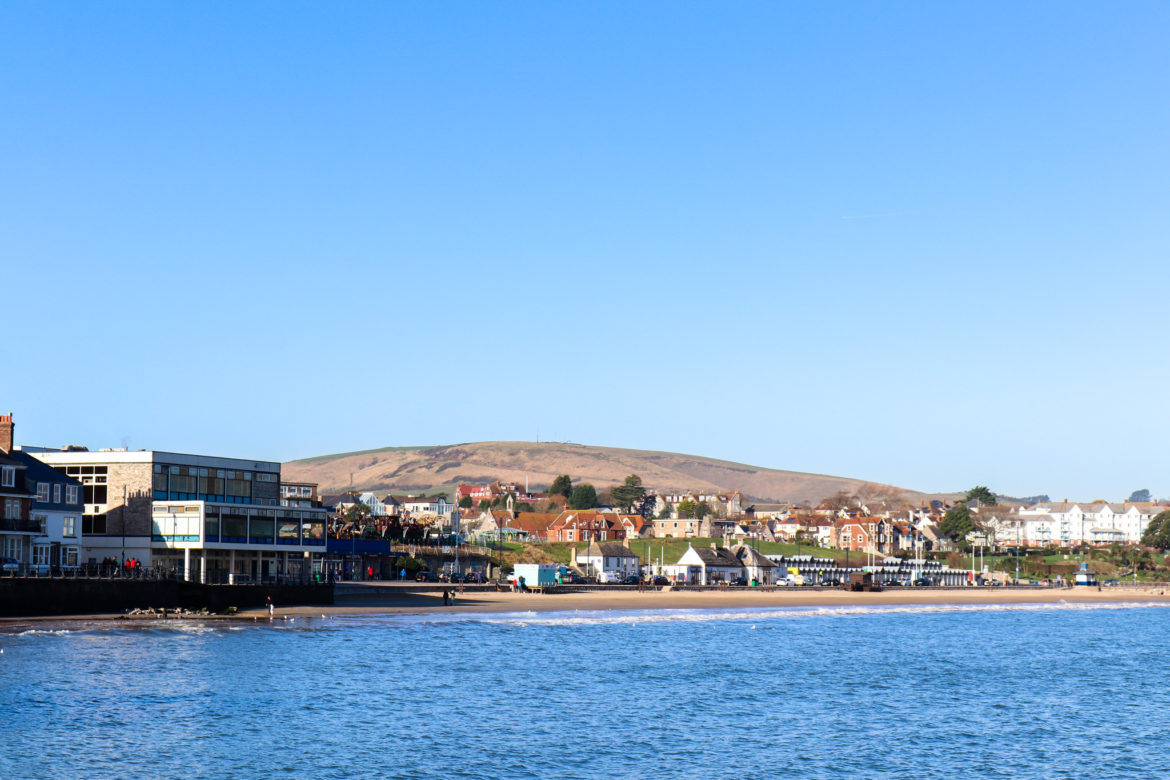 The Mowlem is prominently situated on Swanage Bay

Clubs & societies at The Mowlem

The Mowlem is home to regular Swanage clubs and societies – all meet in the community Room, unless otherwise stated.

History of The Mowlem

The Mowlem is named after one of Swanage’s most important Victorian figures, John Mowlem (1788 – 1868) and, like much of the area, the story of this building starts with the area’s quarrying history.

Mowlem left for London at 17 to seek his fortune as a stonemason, the stone quarrying trade steeped in him from his childhood in Swanage, where he worked the local quarries such as at the old Tilly Whim Caves. He soon founded his own company, Mowlem & Co. following his work on paving the streets and constructing kerbsides of the city.

Mowlem expanded his business with his wife’s nephew George Burt, also to become a prominent and much-loved benefactor to the town. Together, they won contracts to construct many of London’s government buildings. Their joint business ventures and love for Swanage injected much fervour and development into the town, and there are examples of their work and reminders of their philanthropy all over – from the castle and globe at Durlston to the more unusual relics, such as the Wellington clock and the obelisk on Ballard Down.

In 1863, on his retirement back to his hometown of Swanage, Mowlem set up the then Mowlem Institute on the site of the current Mowlem building, which was erected in 1967 and continues to be a cultural hub of the town.

Buy tickets over the phone, via email, or in person or get in touch with the Mowlem team to find out more about Swanage’s local cinema, theatre and community space. 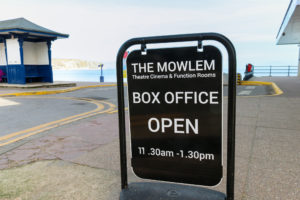 The box office phone lines are open between 10.30am and 1.30pm, from Monday to Saturday. Alternatively, you can pop in to the Mowlem to buy tickets in person between these hours.

For general information call or email between 9am & 5pm, Monday to Friday on: 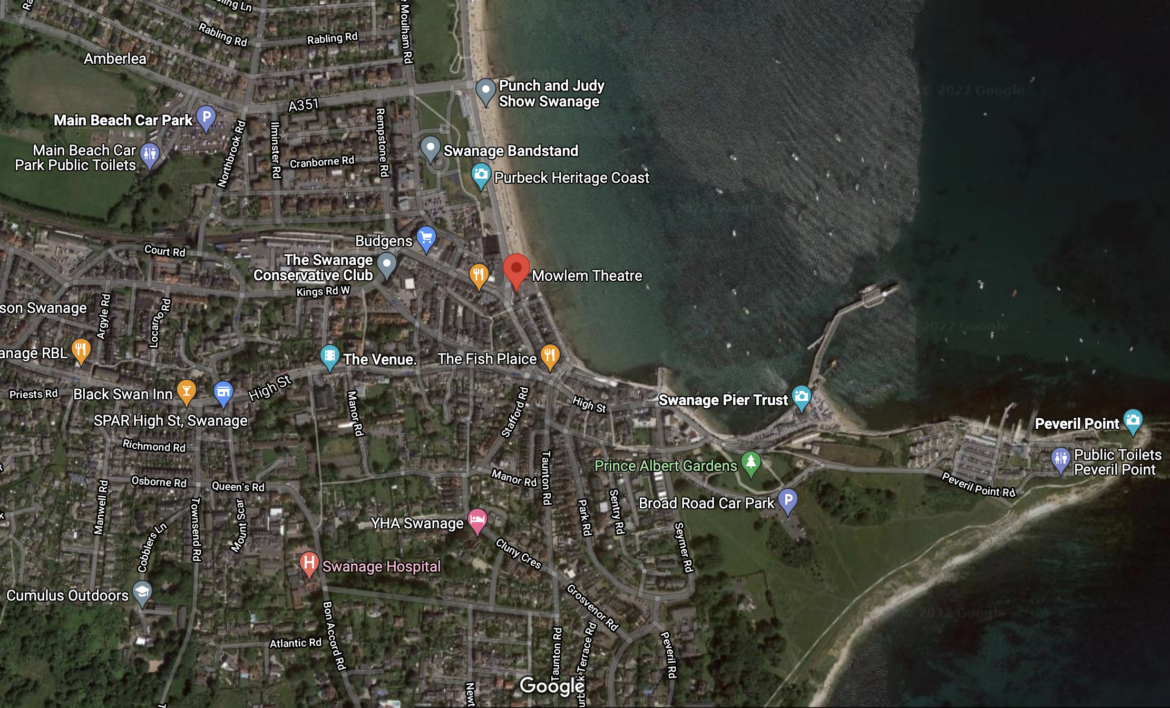 Part of The Mowlem’s charm is its quirky design, friendly community atmosphere and fantastic proximity to the bay and everything Swanage has to offer. Staying local to catch the latest blockbuster or try a new genre of theatre is also a great way to support the local community. But if tickets to your movie are sold out, or you want to venture further afield, here are some other great options nearby to catch the latest film or see a live performance.

Don’t forget to keep an eye out too for unique performances and showings during special events such as the Purbeck Film Festival, with venues across Swanage and the Isle of Purbeck; Dorset Artsreach and its programmer of events for the county in rural localities; outdoor live theatre and movie screenings at Durlston Country Park, Prince Albert Gardens and in the grounds of Corfe Castle at various times of the year; and smaller, regular events, such as at the thriving movie night at Harman’s Cross village hall.

Catch classic movies and Hollywood blockbusters at these nearby cinemas: 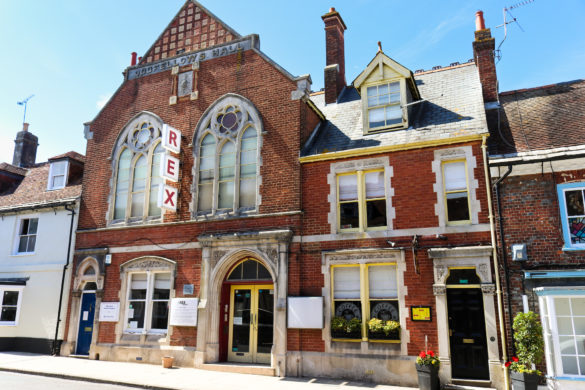 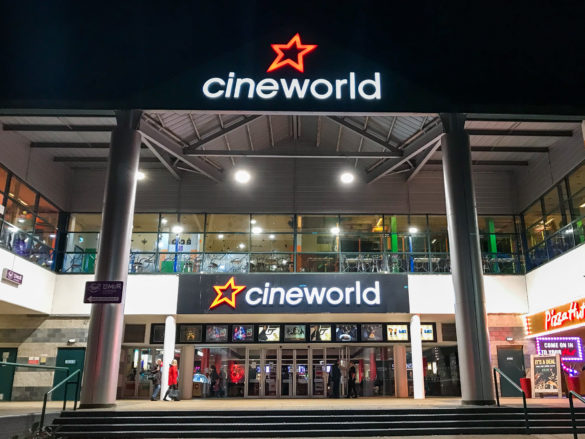 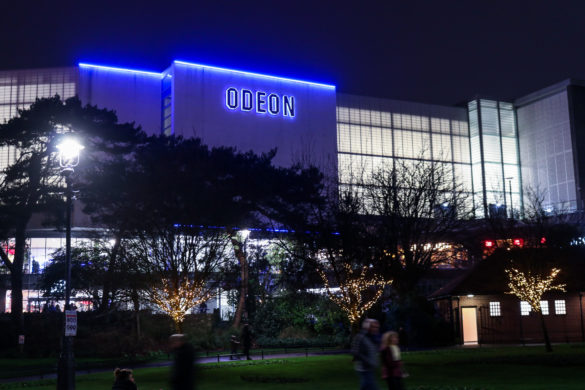 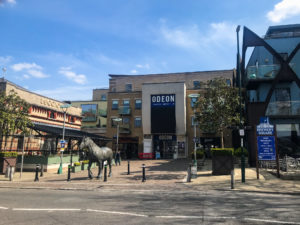 Book tickets for live performances, with both local and national stars, at these cracking venues, a short distance from Swanage: 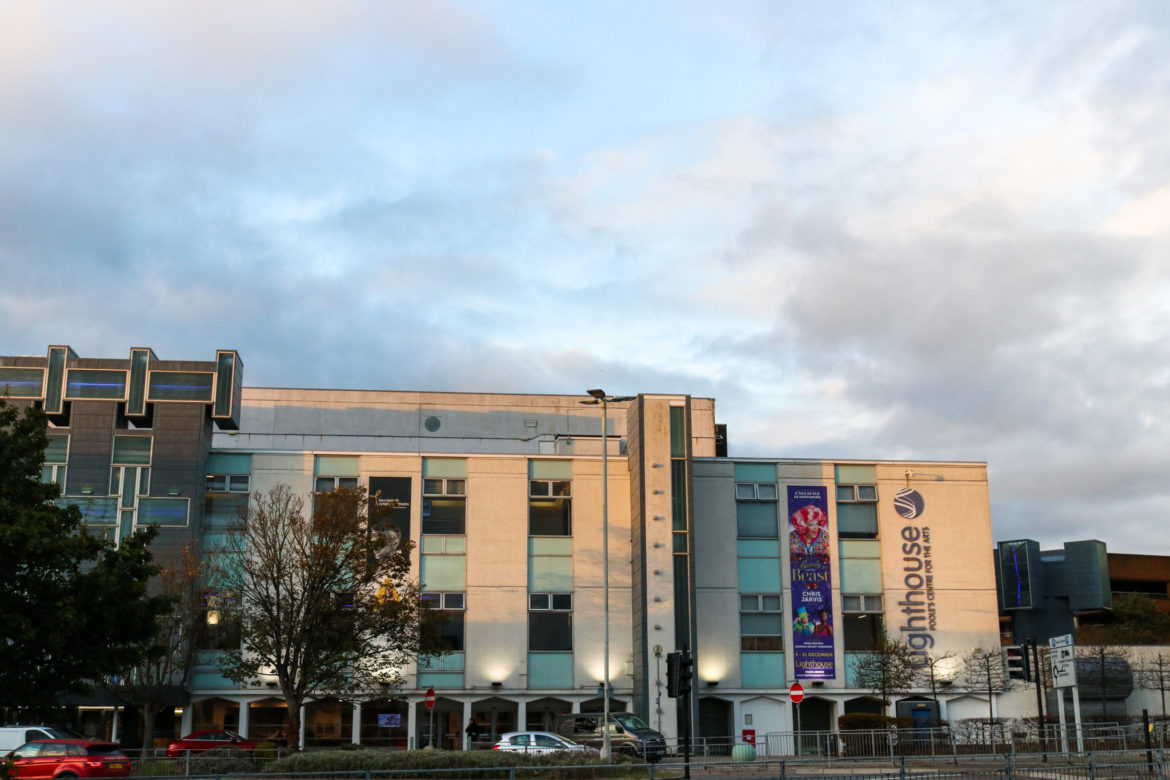 Lighthouse Centre for the Arts in Poole

See what’s on now & next at Poole Lighthouse on their website: www.lighthousepoole.co.uk/whats-on/

Bournemouth Pavilion Theatre – Hosting a regular programme of live events, shows and well-known musical, dramatic, panto and comedy acts, the Pavilion is always worth checking for some live entertainment in Bournemouth. The Pavilion is within walking distance of Bournemouth town centre, restaurants, bars and the beach.

Bournemouth International Centre (BIC) – The BIC is just across the road from the Bournemouth Pavilion, and has great views across Bournemouth Beach. It’s an award-winning live entertainment and conference centre, and showcases some of the nation’s favourite touring comedians, musicians and shows. Find out more and book tickets on the BIC’s website: www.bic.co.uk

Bridport Arts Centre – This thriving cultural hub in West Dorset’s artsy market town of Bridport has a small theatre and exhibition space and hosts a wide variety of visual and performing arts throughout the year: www.bridport-arts.com

Also easily accessible from Swanage but slightly further, are the Mayflower and O2 arena at Southampton O2, and the Theatre Royal in Winchester.

It’s a simple train journey from Wareham on the London – Waterloo line for a special gig, or a good half-way meeting point with friends to get together for a festive show and a meal.