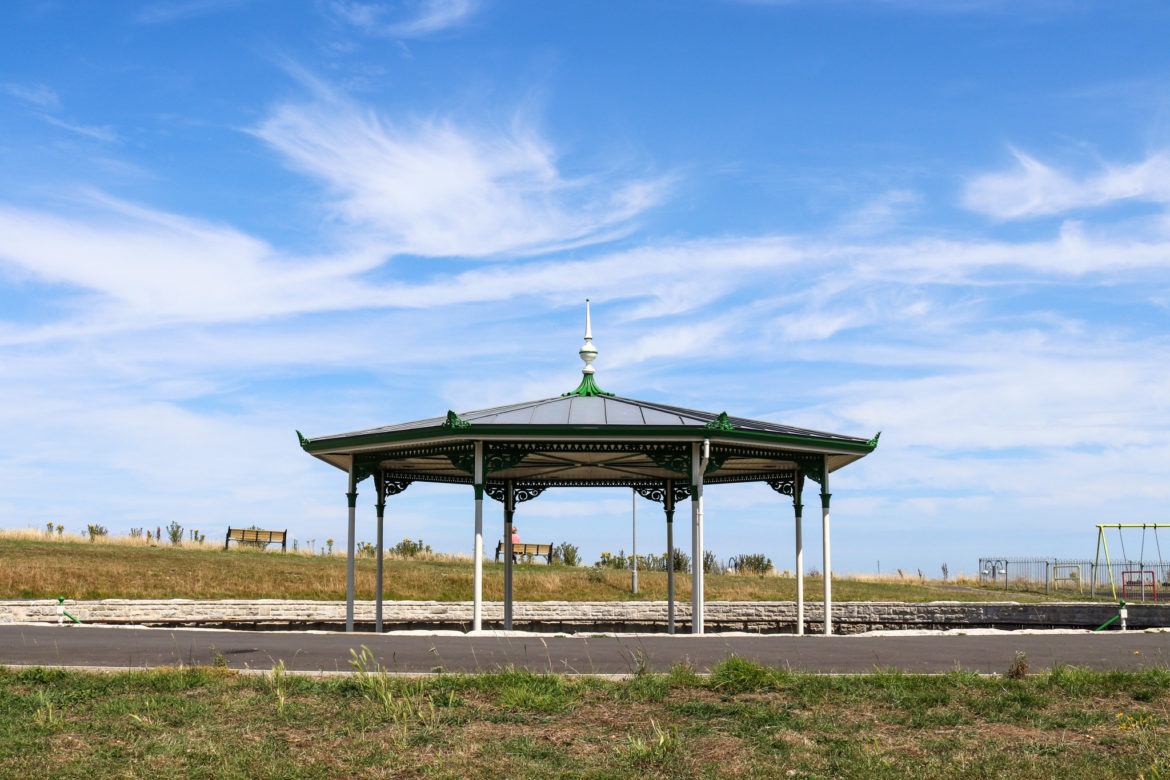 Stop by Swanage Bandstand for a quick bit of truly local history – or plan your visit for when an event is taking place to experience some good, old-fashioned entertainment.

The Swanage Town Band often performs at the 1920s bandstand, and local residents and campaigners have worked hard over the years to restore it to its former glory and keep this special piece of Swanage history alive.

You can find the charming green and white structure in Recreation Ground, by Horsecliffe Lane and Mermond Place car park, where it overlooks Swanage Bay.

There is a children’s play park alongside it, as well as the Sante Fe fun park, which features a Jurassic-themed crazy golf course, small rides for young children and a seasonal bouncy castle.

Swanage Bandstand has a rich history, and has hosted many local events for the town over the years.

After storm damage and falling into disrepair, it was recently fully restored, meaning that Swanage residents and visitors can look forward to a varied itinerary of events at this historic community hub for years to come. 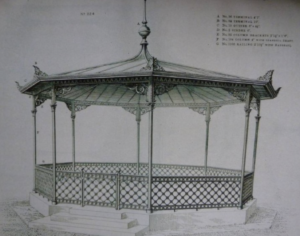 The Swanage bandstand was first installed in 1923 by Scottish cast iron manufacturers Walter Macfarlane & Co. The then Swanage Urban District Council and Recreation Ground Committee wanted the bandstand installed to enhance the town for residents and visitors alike.

A sunken bandstand was decided on, with plans to install a pine sounding board to help with acoustics in the open air. The town band and Swanage Music Society were asked to play on summer evenings for the enjoyment of people passing on their evening constitutional.

The original cost of the bandstand was £1,280 and utilised a local surveyor and builders to assist in its installation.

The striking design of this type of bandstand – the MacFarlane 224 – is now only found here in Swanage, as well as remaining bandstands in Leamington Spa, Uxbridge and Sevenoaks in Kent.

The bandstand would have been at the heart of many of the town’s celebrations and events in the past, with the Swanage Carnival queen being crowned there.

Swanage Carnival is still a huge event for the town, and has been crowning queens, princesses and ambassadors for over 150 years.

The bandstand has been used by Swanage Town Band and other local performers for generations, and continued to do so even when it didn’t have a roof! 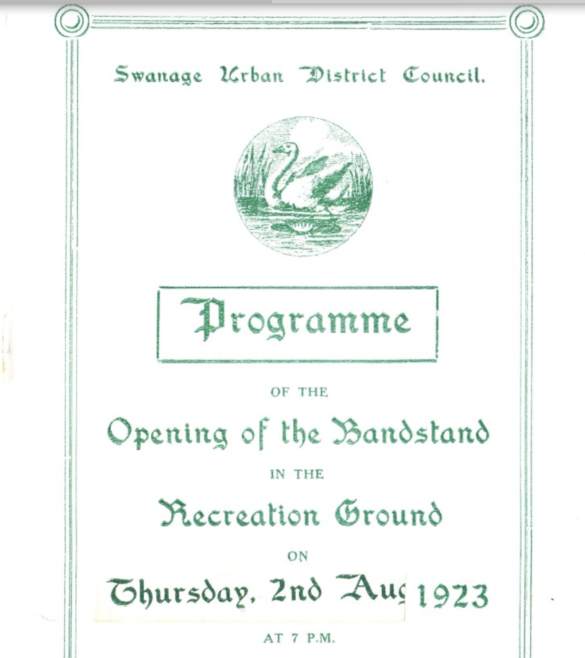 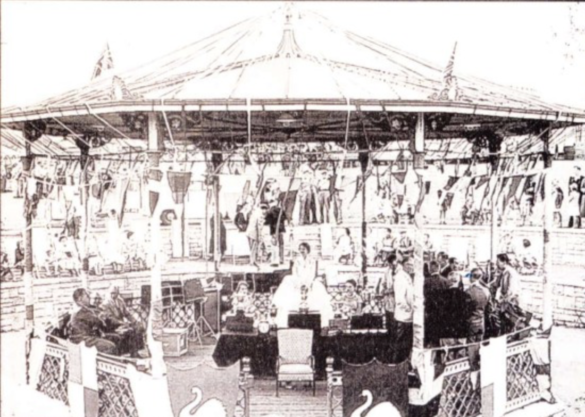 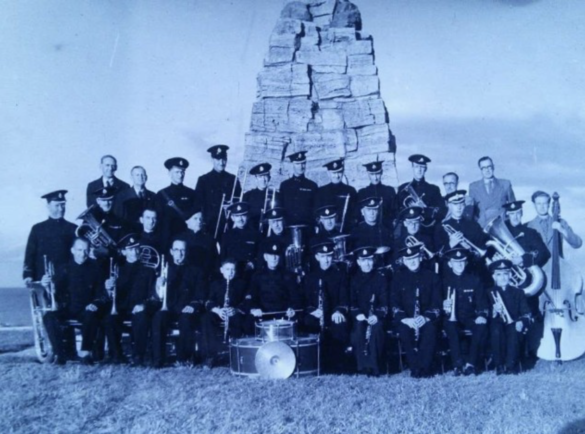 Swanage Town Band by the nearby war memorial, 1938 (Picture courtesy of Yolande Yates) 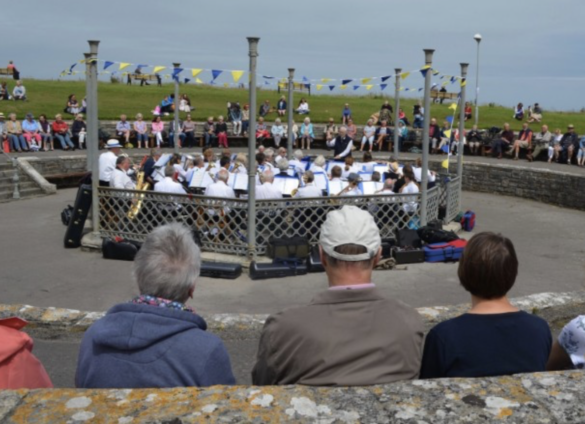 People enjoying the music of the Swanage Town Band, despite the bandstand awaiting restoration 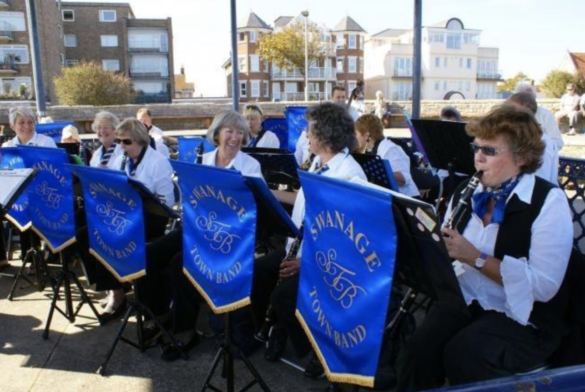 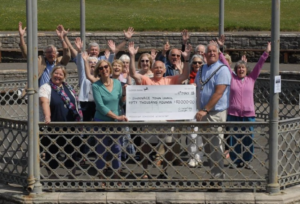 The Friends of Swanage Bandstand celebrate their fundraising achievements

After falling into disrepair due to weather damage over the years, the bandstand’s roof was removed due to safety reasons.

The community banded together and the Friends of Swanage Bandstand group was formed. The Friends successfully applied for charity status in order to raise the £145,000 needed for the bandstand to be restored to its former glory, complete with a new roof.

It was reinstated in 2019 and re-opened with a ceremony to mark its success.

Find out more about the campaign on the Friends’ website: friendsofswanagebandstand.co.uk

Parking for the bandstand

The closest car park is Mermond Place. (For your SatNav BH19 1HB)

This is a short-stay car park and handy for the beach, shops, children’s play area and the Swanage war memorial.

The bandstand is a one-minute walk from the car park. 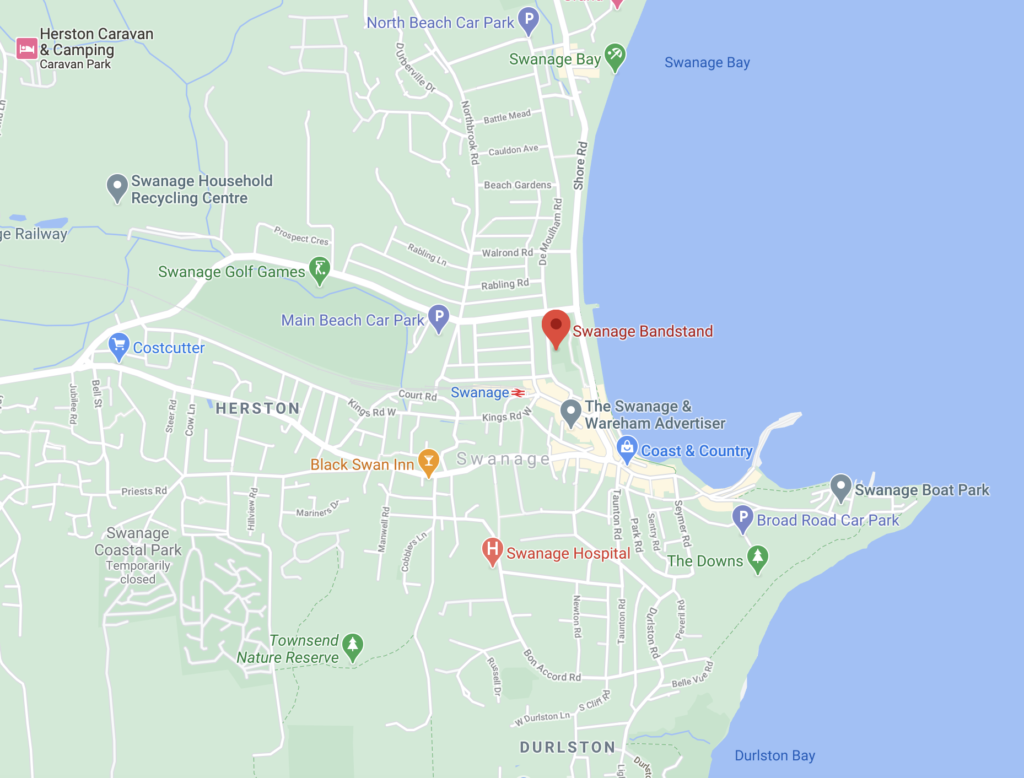