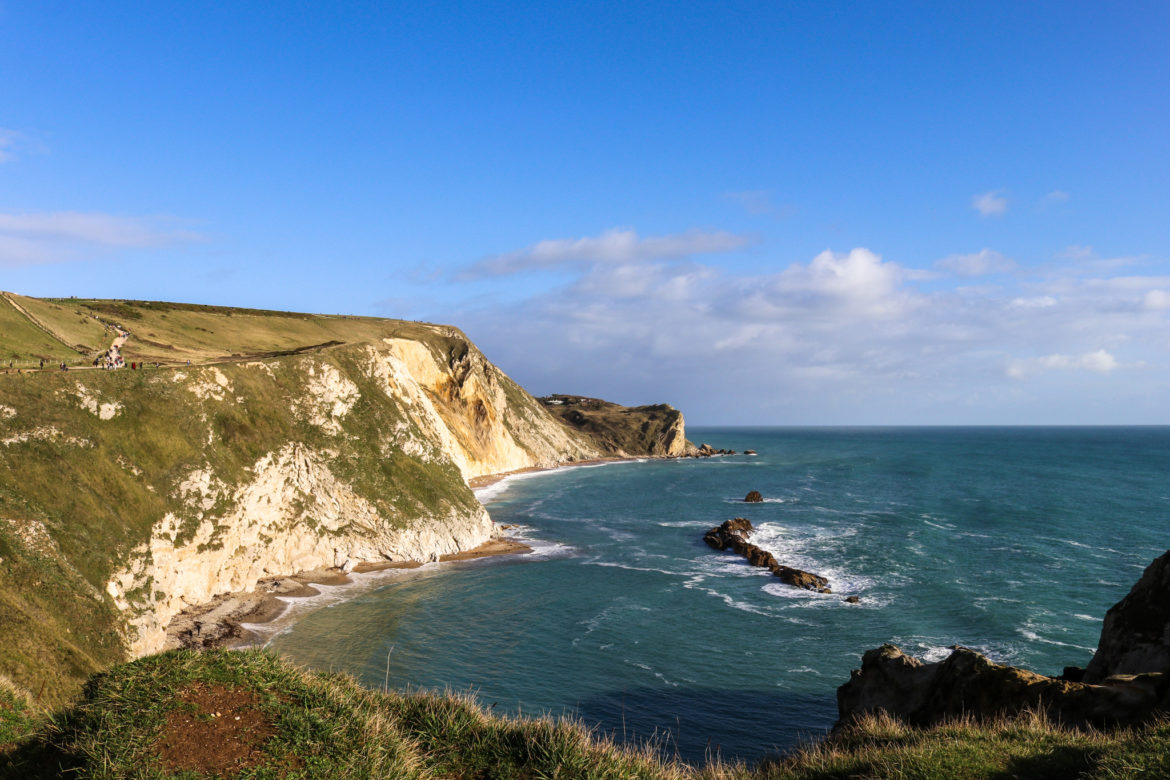 The smaller of Durdle Door’s two beaches, Man O’ War Bay, is an enclosed cove, perfect for picnicking and wiling away the hours in a stunning setting.

As with Durdle Door, and nearby Lulworth Cove, this part of the Jurassic Coast can get very busy in peak seasons.

The sand and shingle cove of Man O’ War Bay continues around to St Oswald’s Bay and Dungey Head. The prominent line of rocks that straddle the two are known as Man O’ War Rocks.

The bay is also known as Man of War Bay or Man O’ War Beach or Cove.

Man O’ War Bay is most commonly discovered when visiting the more famous Durdle Door, to which it is adjacent.

Dogs are welcome at the bay all year round. 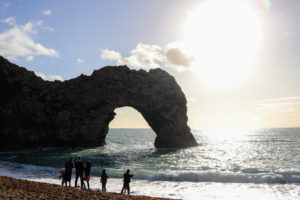 The towering limestone arch of the famous Durdle Door is one of the first things you’ll notice on your approach to Man O’ War Bay.

Durdle Door is one of the most photographed landforms in the UK and is widely recognised as a symbol of the Jurassic Coast.

The arch itself and its large beach attract many visitors throughout the year, however Man O’ War Bay can be somewhat quieter.

Safety warnings are in place at Man O’ War Bay

Both Man O’ War Bay and the beach at Durdle Door are not suitable for swimming due to shelving beaches and rip currents.

Access to the bay involves a fair walk from the car park, including a steep hill and steps down to the beach. These paths and steps can be slippery wet weather. There may also be loose stones and uneven terrain.

As with all areas of the coastline, visitors should keep away from potentially unstable cliff edges. 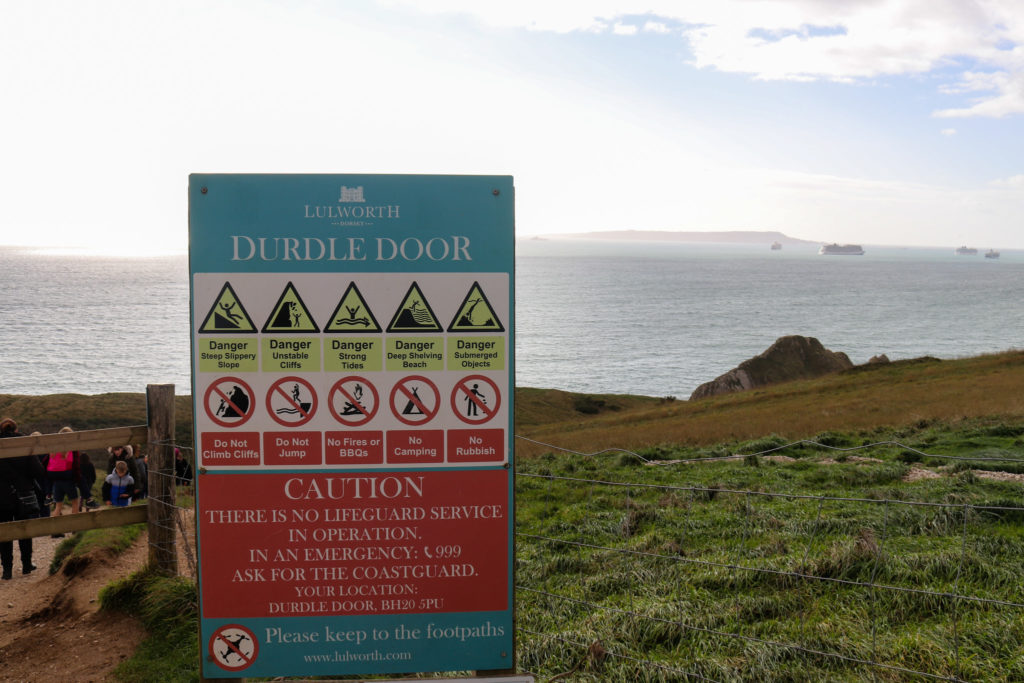 Facilities are limited here. The nearest public toilets are situated at Durdle Door Holiday Park, where there is also the Man O’ War Bar & Restaurant, which is open both to staying guests and members of the public visiting the area.

Nearby Lulworth Cove also has toilets and other facilities, including a visitor centre, restaurants and pubs.

The easiest way to get to Man O War Bay is by parking at the car park for Durdle Door. (For your SatNav: BH20 5PU).

You can also walk up from West Lulworth, where there is another large car park, however the walk involves around a 30-minute walk uphill from here. 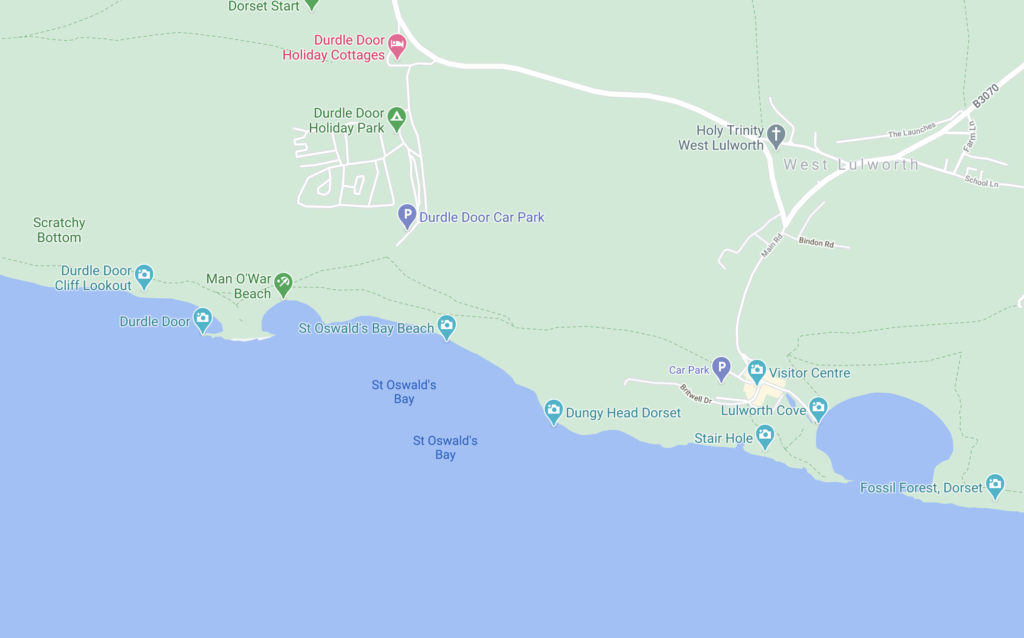