Standing proudly as the highest point of Purbeck, you can walk to Swyre Head from various locations.

You’ll be treated to commanding views across to Portland and over to Kimmeridge, where Clavell Tower can be seen on a clear day.

Swyre Head is classified as a Marilyn – a hill whose peak or prominence is 150 metres above everything else in its immediate vicinity, or in other words, which has a drop of 150 metres on all sides.

The term Marilyn was first coined by ‘hill-bagger’ Alan Dawson, in his 1992 book The Relative Hills of Britain. Dawson compiled a list of such peaks, and said the name was inspired after the list of mountains known as the Munros. According to the Relative Hills Society there are 1,557 Marilyns in the UK.

The Hill Bagging website has the most up-to-date list of Britain’s Marilyns, which many hillwalkers set themselves the task of attempting to complete them all – or at least 600 of them, which enters the participant into the Marilyn Hall of Fame: www.hill-bagging.co.uk/Marilyns.php 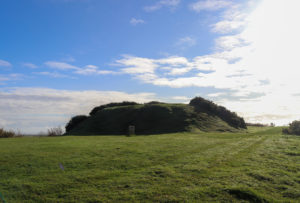 Climbing the tumulus at Swyre Head will give an even more panoramic perspective of the area, at 208 metres above sea level.

It is thought that this is in fact a ‘bowl’ barrow – a late Neolithic – Bronze Age burial mound, onto which was laid earth and stones, and which, it is believed, was later modified to become a windmill mound. There is also evidence of a nearby ancient causeway giving access to it.

The tumulus is now completely grass-covered and fairly overgrown with gorse, but small tracks make the summit accessible. Be aware that after wet weather this can be rather slippery. 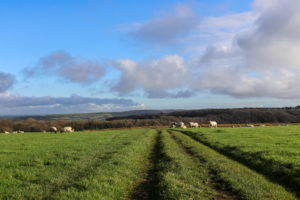 Sheep graze in a field on the walk to Swyre Head

Sheep tend to be grazed in the fields around Swyre Head, so it’s best to keep your dog on a short lead.

There may also be other tempting wildlife around, such as pheasants and squirrels at certain times of the year – the landscape is quite open at points, so a dog with a good nose for a scent might disappear after it. 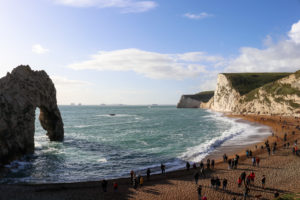 Purbeck’s ‘other’ Swyre Head, with Durdle Door in the foreground and Bat’s Head in the background

Rather confusingly there is another Swyre Head a short distance away in Lulworth.

There is a footpath that leads over this second Swyre Head, which is also popular with walkers. 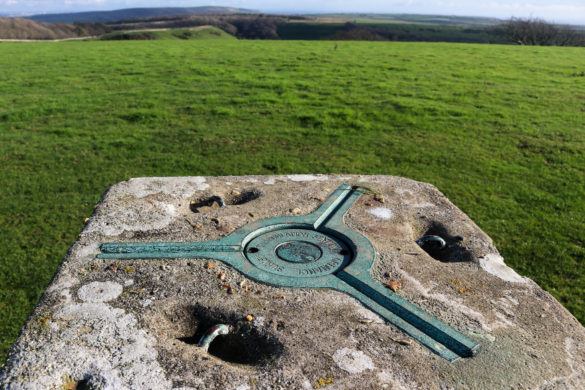 The trig point records Swyre Head as 203m, or 682ft, but the tumulus actually makes it 208m 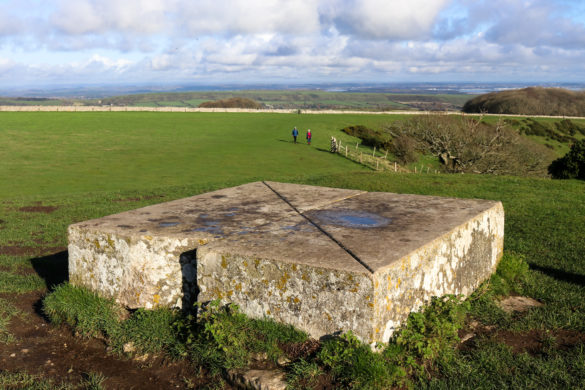 The tumulus is topped with a stone slab 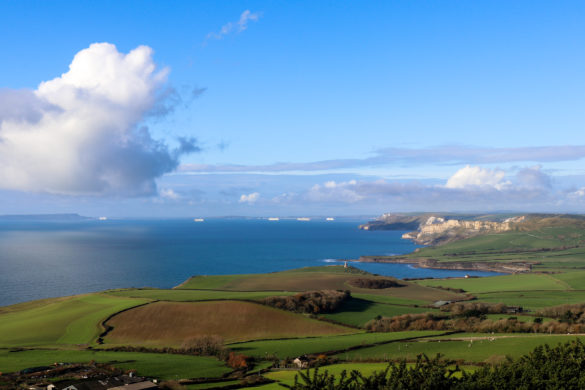 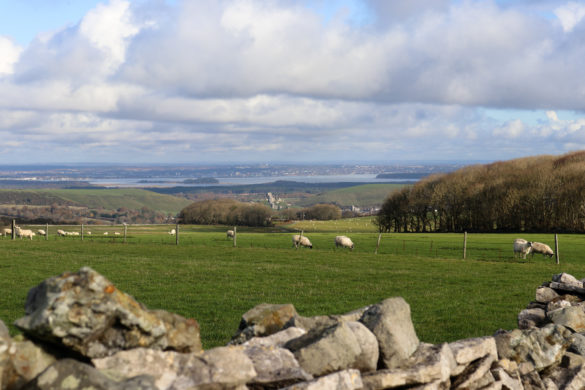 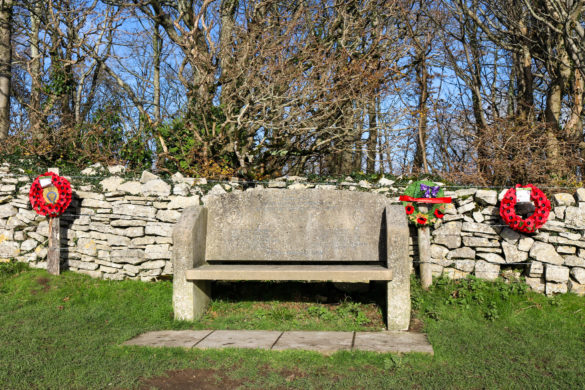 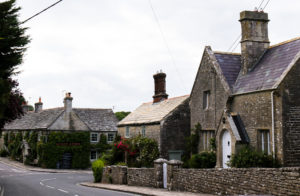 The Scott Arms in the village of Kingston

There are no public toilets or refreshment facilities on this walk, however the Scott Arms pub in Kingston, which you will pass on the way, makes for a good place to stop for lunch.

There is a generous amount of outdoor seating with stunning views of Corfe Castle, indoor nooks and crannies with log fires, and in the summer the Jerk Shack – a Caribbean-inspired outdoor menu.

How to get to Swyre Head

Swyre Head can only be reached on foot. 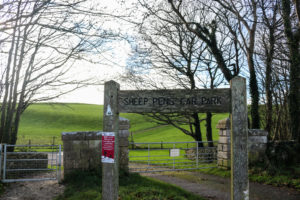 For the best family-friendly route, drive through the charming village of Kingston and you will find an option of two car parks at the end of West Street, both of which are provided free of charge.

Houns Tout car park is the closest to the village. This walk encompasses part of the South West Coast Path and is more challenging.

Sheep Pens car park takes you a little closer to Swyre Head and can be found if you continue past the turning for Houns Tout, through the farmland, where Sheep Pens will be on your left and is an easier, relatively flat route.

This walk encompasses impressive views down over the valley, which is home to the historic Encombe Estate.

An alternative, more challenging route can be taken from Kimmeridge (for your SatNav: BH20 5PE). 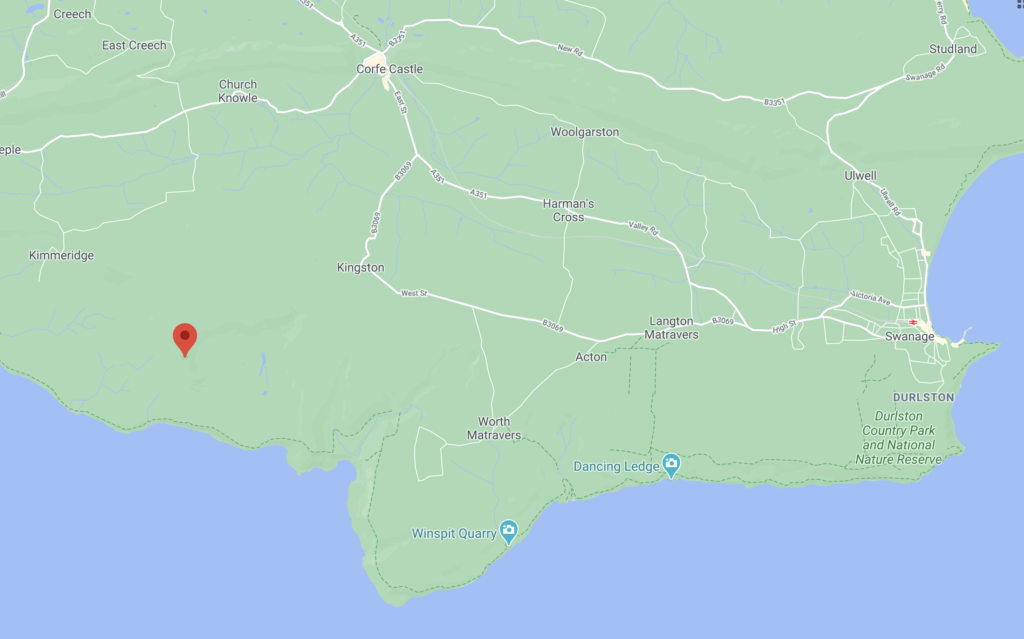