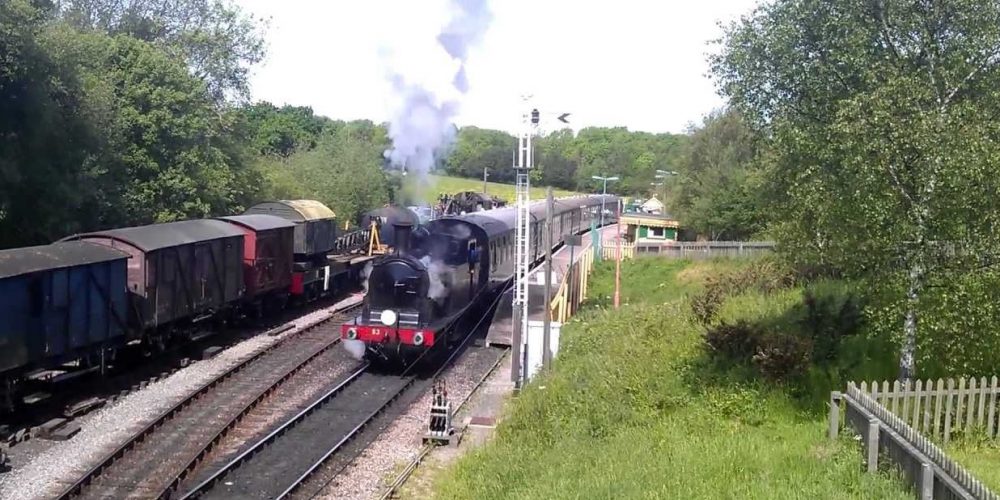 Norden Train Station is positioned at one end of the Swanage Railway which is a heritage railway operating over the former London and south Wester Railway line that used to run from Wareham to Swanage. The station is located just one mile north of Corfe Castle village on the Isle of Purbeck, Dorset.

Norden is the northern terminus of the line which means it is the final stop on the line and the trains will then return in the opposite direction when ready, t is also an intermediate stop on the diesel railway that connects Swanage to the national rails network at Wareham station. The station has a large car park attached to it which is provided by the Purbeck District Council, this allows the station to also function as a park & ride service for the tourists who plan to go to Corfe Castle and Swanage.

The Purbeck Mineral and Mining Museum has also made Norden Rail Station its home, the museum is about the history of ball clay minimin that too places on the Isle of Purbeck. The museum includes displays such as the relocated header building of the areas last underground mines, as well as a reconstruction of an underground gallery.

There is a service being run between Norden and Swanage every day from the beginning of April until late October, the rest of the year has slightly more limited service. The service runs between 4 to 16 times a day depending on the time of year and the day of the week. On the very rare occasion the steam trains may continue up to Wareham station but this has only happened on four occasions since it was reopened, the trains moving up to Wareham are normally all diesel trains rather than the steam locomotive. 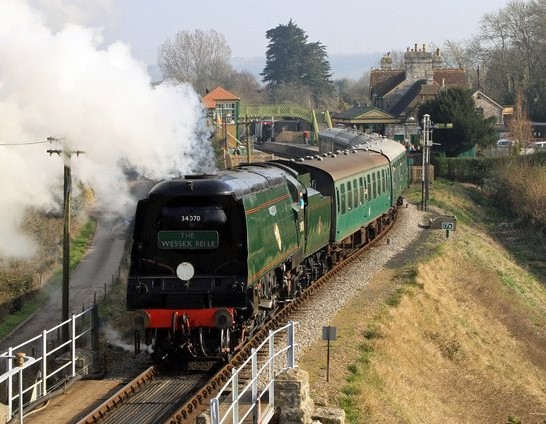 The former London and South Western Railway route that ran between Wareham and Swanage was originally opened in 1885 but was ultimately closed by British Rail in 1972. At the time of its closure, a campaign was started with the aim to reopen the line as a steam locomotive operated heritage railway developed and the Swanage Railway began operating a steam service at the Swanage end of the line in 1982. As the steam line was progressively moving toward Corde Castle, residents began to voice concerns that terminating the line at Corfe Castle would create parking issues for the village, this was the catalyst that fueled the decision to extend the line further half-mile north to Norden, a Park & Rude site was also developed.

The original station at Norden did not provide a passenger service, this was rectified in 1995, the station was built on the site of the former Norden Ball clay work site. Between 1995 and 2002, Norden remained as the physical location of the terminus of the line, in 2002 a temporary connection was made with the freight line that continued to use the northern section of the old line. All regularly timetabled trains would continue to terminate at Norden with only the occasional train running further up the line.