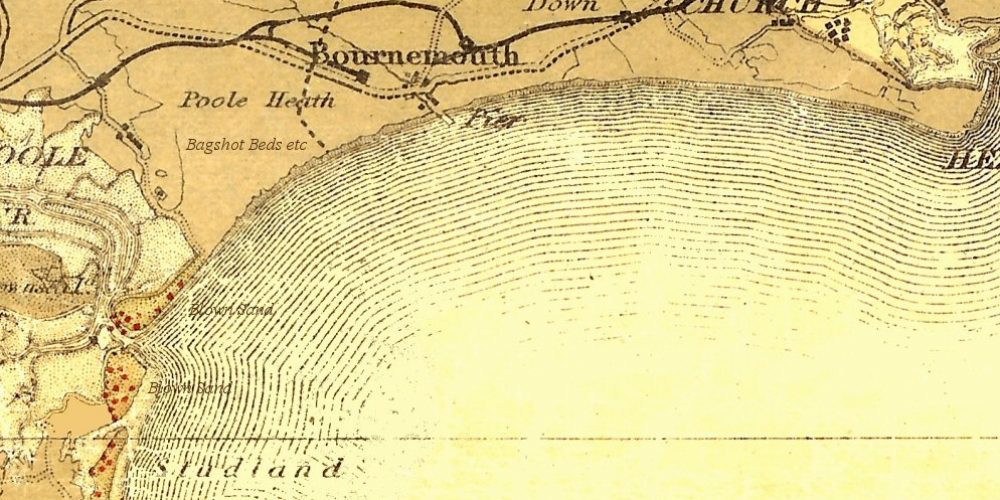 Studland is a village and civil parish that is located on the Isle of Purbeck in Dorset. It is famous for its beautiful beaches and nature reserve. It is situated in the lee of Ballard not far from the east-facing Studland Bay. Although it is a coastal village the majority of the houses in Studland are situated a few hundred metres inland. At the time of the last consensus, Studland had a population of 425 people.

Studland is located about 2 miles (3.2 km) north of Swanage over a chalk ridge and 3 miles (4.8 km) south of the South East Dorset conurbation at Sandbanks. Its postcode district is BH19 and has a dialing code of 01929.

How to Get to Studland

There are a few different methods that you can use to get to Studland.

By bus:
The Breezer 50 bus stops off at Studland Village, this bus runs between Bournemouth and Swanage, stopping at places like Westbourne, Canford Cliffs, Sandbanks, and of course Studland Village.

By car:
There aren’t any major motorways that go near Studland, depending on the direction of travel you would want to take the A35 or the A31 towards Poole, you would then move onto the southbound direction of the A351, this will take you all the way down to Corfe Castle where you would turn onto the B3351 which will take you directly into Studland.

What to See and Do in Studland

There are plenty of things to do in Studland, we have briefly outlined some of the more popular things to do/ 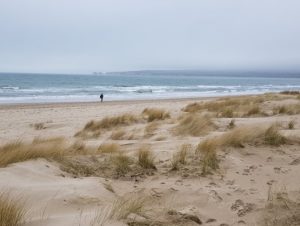 Studland Bay:
Studland Bay is a vast area of beaches and heathland. It features a four mine stretch of sandy beached with waters that are perfect for bathing in, it also offers views of Old Harry Rocks and the Isle of Wight. The beaches are owned by the National Trust and they include the Shell Bay, Knoll Beach, Middle Beach, and South Beach. Great for water sports and also includes one of the most popular naturist beaches in Britain.

Fore/Adventure:
A unique outdoor adventure awaits those that are feeling a little more daring, there are Old Harry Rocks kayaking trips, there is also fishing, snorkelling, bushcraft, wild camping and more available to do. Whatever sort of adventure you are looking for,m you should be able to find something here.

Studland to Swanage Trail:
If you are a fan of walking then this could be for you, a fantastic walk along the South West Coast Path will take you from Studland Village, past the Old Harry Rocks, and then on to Swanage. Some spectacular views are available for those that want to take on the walk.

Fort Henry:
Fort Henry was built in 1943 to defend the area from potential German invasions, it is also where King George VI oversaw the training of troops and made plans for the upcoming battles in 1944. Many like to visit the fort for its history, you are able to get views of the outside as well as venturing inside. It also offers some fantastic views of the surrounding areas.

The History of Studland

The earliest writings that talked about Studland were in the Domesday Book in 1086, this detailed the existence of salt pans and salt workers in Studland. Records show that in 1340, fishing was an important industry within Studland in the 14th century. In 1381, there are records that state that a castle existed on the cliffs of Handfast Point which is to the east of the village. By the 16th century, this had been replaced by another castle which remained there until the 18th century when a blockhouse was added, now, the castle no longer exists due to erosion of the cliffs by the sea.

During the 1940s (World War II), the coastlines of Studland Bay was used as one of the two coasts where the german invasions were considered most likely to take place and was fortified during the war. The village was used as a trading area before the D-Day landing during the Second World War. On the 18th of April 1944, King George IV and some generals from the British army met here to observe the trading and to discuss plans for the upcoming battle.

The beach, with Bournemouth in the background was used as the setting for the opening scene for the first episode of Mony Python’s Flying Circus where Michael Palin staggered out from the seas to collapse on the beach. The video for the Coldplay Yellow was filed on the beach. The beach scene set in Spain in the Only Fools and Horses episode “It Never Rains…” was filed on the Studland beach.