The ten-mile journey from Wareham to Swanage can be taken by car or bus – or partially by steam train.

The South Western Railway London Waterloo – Weymouth service stops at Wareham, making Swanage and the Isle of Purbeck easily accessible from a range of destinations. 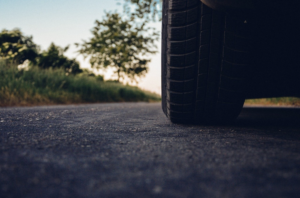 This will take you to Swanage’s Main Beach car park, just off Victoria Avenue.

There are two, simple routes to get you directly from Wareham to Swanage with ease – through the town of Wareham or bypassing Wareham. 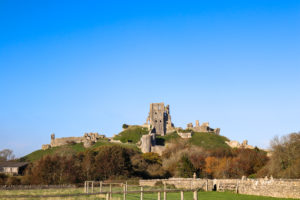 If you’re coming from, or stopping at, the pretty Saxon walled town of Wareham en route to Swanage, simply continue along the B3075 through Wareham and across the causeway through to Stoborough.

Take the first exit onto the A351 at the Stoborough/Furzebrook roundabout. Follow the A351 through the villages of Corfe Castle and Harman’s Cross, and continue on until you get to High Street in Swanage, which leads on to Victoria Avenue.

The car park will be on your right, just after the signs for Swanage Golf Games.

Simply follow the A351 bypass, taking the second exit at the Furzebrook roundabout to continue on the A351 towards Corfe Castle and Swanage. 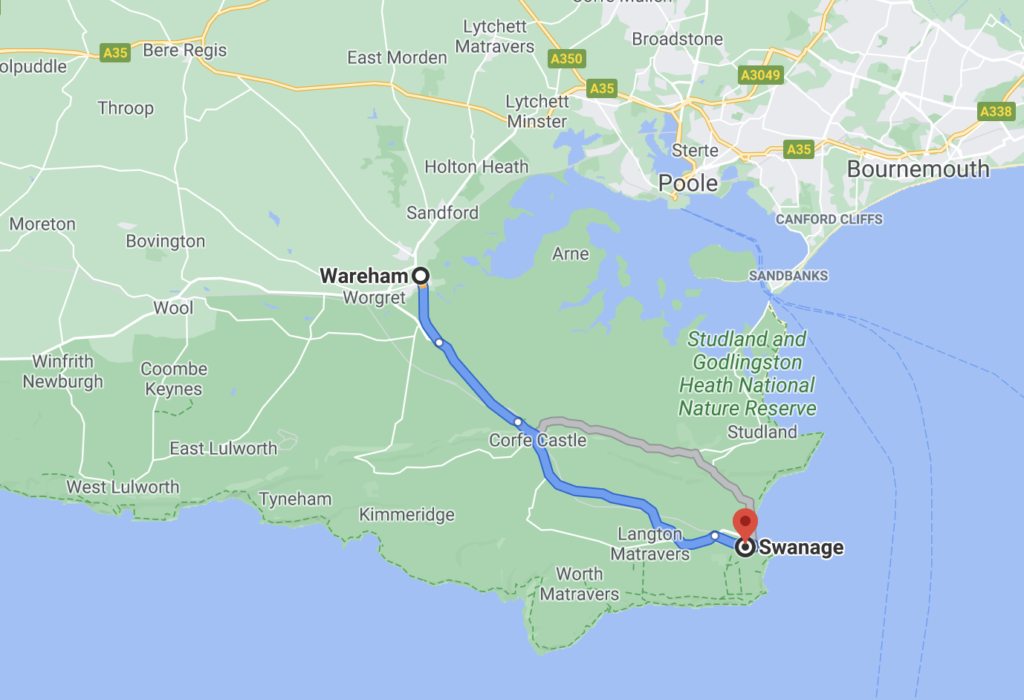 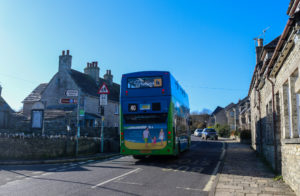 The Purbeck Breezer bus takes you through Langton Matravers village

The No. 40 Poole to Swanage Purbeck Breezer bus stops at various points in Wareham (including the train station, as well as several points in town).

There are also stops along the way in Stoborough, Corfe Castle, Kingston and Langton Matravers.

This direct bus route stops in the heart of Swanage town at the bus station.

You can view the bus timetable on the morebus website: www.morebus.co.uk/services/SQ/40 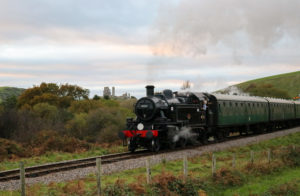 The Swanage Railway passes Corfe Castle, giving you a variety of views along the way

Norden to Swanage on the Swanage Railway heritage line.

Drive, or catch a bus or grab a taxi from Wareham station to Norden, where you can pick up a steam or diesel train on the Swanage Railway line.

The six-mile journey is a unique experience and a great way to explore the Isle of Purbeck, with stops at Corfe Castle, Harman’s Cross and Herston along the way.

A handy way of getting to Swanage from Wareham or beyond (if you are arriving to the area on the London Waterloo – Weymouth train, for example) is by taxi.

You can pick up a cab at Wareham Station, where there is a small taxi rank, from which a number of local taxi firms run.

To book a taxi from Wareham to Swanage in advance you can contact the individual Wareham-based taxi companies:

Alternatively, many of the Swanage taxi companies may be available to collect you from Wareham Station and take you to Swanage.

Many of these local Purbeck taxi firms also offer airport transfer services to Bournemouth Airport, Southampton Airport and further afield, such as London Heathrow and Gatwick.

There are two main cycle routes from Wareham to Swanage, one of which includes more off-road than the other, following part of the National Cycle Route 2. 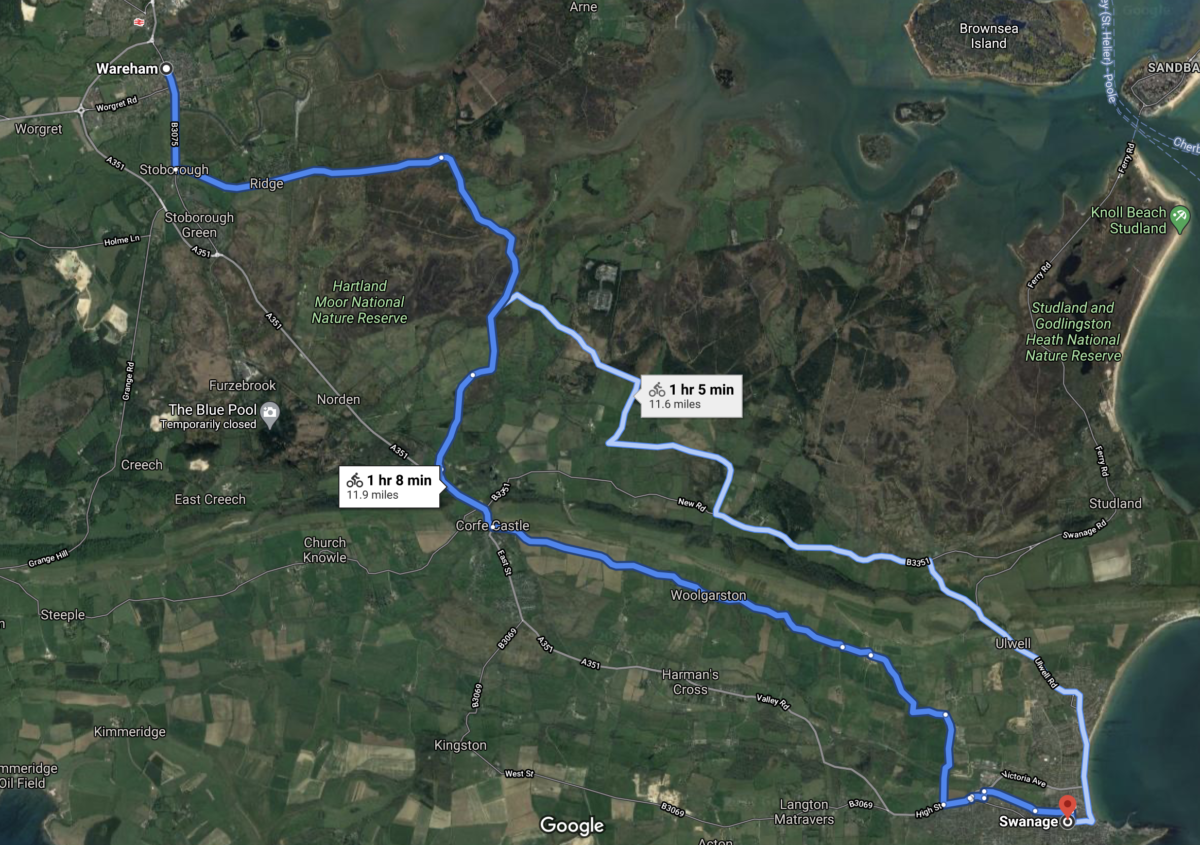 If you’re catching the train to Wareham with your bike, you can cycle into town via an underpass to avoid traffic and stock up on any essentials you might need before continuing on to Swanage. It’s worth noting that South Western London Waterloo to Weymouth trains do have facilities for bikes, but during peak times numbers may be limited. You can check the South Western Railway’s bike policy on their website: www.southwesternrailway.com/travelling-with-us/travelling-with-a-bike

You can find useful information on cycle routes at the Discover Purbeck Information Centre, based at Wareham Library, which is near the quay.

On the way, depending on which route you take you’ll find shops, cafés, pubs and public toilets in Wareham and Corfe Castle. Harman’s Cross also has some shop facilities (a petrol station). However, if you’re heading over the Purbeck Ridgeway, there will be no facilities after Corfe until you reach Swanage.

It might be useful to know that at Wareham Station itself there is a friendly cycle repair shop, Wareham Cycleworks, as well as a mobile bike mechanic, Furmage Cycles, based in Swanage.

You can get in touch with Cycleworks by phone or email, or just pop into the shop, which offers sales, repairs and servicing.

If you’re staying in Swanage and need an unexpected repair, there is also a mobile bicycle mechanic, David Furmage, who can come to you, which is handy if you get a puncture and you’re stranded somewhere unfamiliar.

Check out Furmage Cycles’ Facebook page or phone for assistance:

On foot – walking from Wareham to Swanage 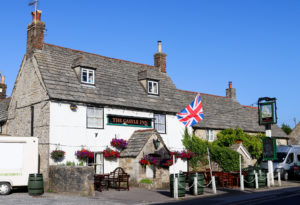 If you’re a keen rambler, why not make a day of it by parking at Wareham or catching the train, and walking the Purbeck Way all the way to Swanage. The waymarked route will take most people just over three hours.

There are plenty of places to stop for coffee and/or lunch en route – Corfe Castle village is a good half-way point. You’ll find various cafés and pubs here to fuel you up for the second leg of your journey, as well as, of course, the  Corfe Castle ruin itself.

The walk will take you through the Saxon walled town of Wareham and across around five miles of heathland toward Corfe. After a lunch-stop, head up into the Purbeck Hills for some excellent views across Purbeck, Studland and Poole Harbour, and follow an easy path across them all the way to Swanage.

After you’ve made the descent into Swanage you can explore the town, beach and bay for the day before grabbing a bite to eat in one of the popular restaurants or pubs and head back into Wareham on the hourly No. 40 bus or take the steam train back to Corfe Castle, and a bus or taxi on to Wareham from there.